#ClubGolf Dominated by Towson in March 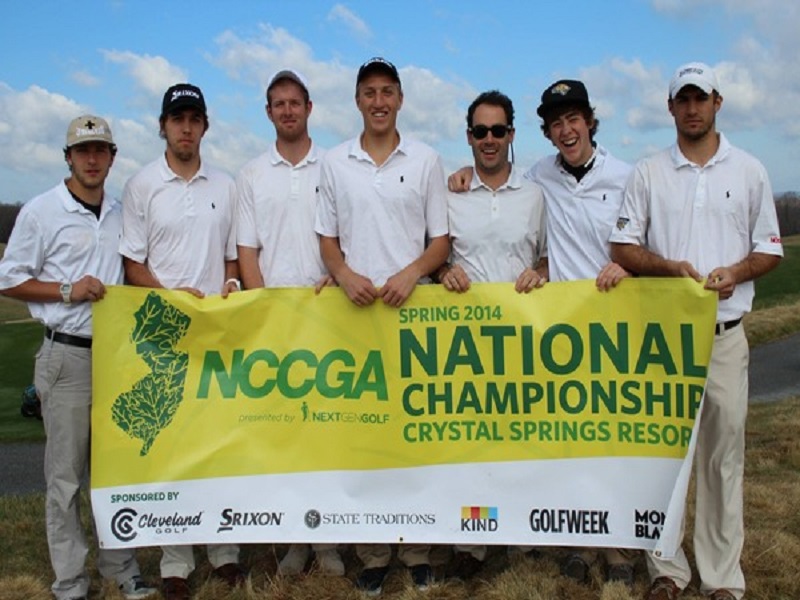 The #ClubGolf campaign got kicked off the first weekend in March. One team has been dominating the competition since the start. Congratulations to Towson University Club Golf Team for taking home this season's first win! #Clubgolf was started last year by the NCCGA to promote the club golf at the college level for players who want to play competitive golf, but don't have the time or skill for varsity. The campaign itself uses all social media mediums such as Instagram, Twitter, and Facebook for all entries. Teams receive points based on how many posts they make and the creativity of those posts.

Towson Club Golf team started their journey to be the March #ClubGolf Champions as soon as it started. They had twice as many posts than any other team in the country. With the combination of trick shots, pictures from tournaments, and the posts of some of the all-time greats there was nothing anyone could do to take away the crown.

Would you ever hit a golf ball off the top of your nice hat? Well Towson player Ryan Flanigan did made it look easy. Shoot the hat barely even moved. If it was me, I would have probably hit my hat into the range. That wasn’t the only trick shot the players of Towson had up their sleeves either. They were pulling out all the stops, with juggling on a wedge leading into a pass to a teammate smashing his driver out into the range.

#ClubGolf is all about fairways in regulation, friends packed into a van, and a whole lotta fun ⛳️ @TowsonClubGolf1 for life

#clubgolf is the only constant I've had in my college career. Everyone I've ever been on a tournament with is my brother. Love you guys.

Who will be the #ClubGolf champion in April? If you want to get your team involved be sure to check out the details online. Ge started today, the competition is already getting heated for this month. Once again Congratulations to Towson’s Club Golf team for winning, and good luck the rest of this season.

**Adam Englehorn is the Director of Campaign and Social Media.