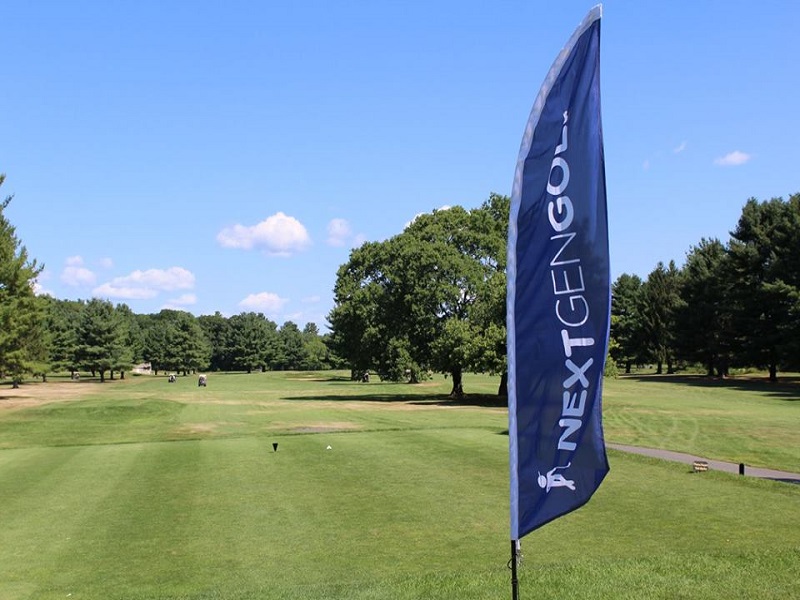 For a growing number of club golfers, reaching the NCCGA National Championship represents the pinnacle, the true premier event of their competitive golf careers.

But for a select few, that event is only the beginning.

Colburn, heading into his senior year at the University of Michigan, recently qualified for a spot in the most prestigious amateur tournament in the country — the United States Amateur.

A native of Traverse City, Michigan, Colburn made the four-hour trek from the top of the mitten-shaped state to Oakland Hills Country Club in the Detroit area for the U.S. Amateur Qualifier.

Colburn said he went into the event expecting a positive result.

“You always have to go in knowing you have a chance to win,” Colburn said. “It is 36 holes in one day. Tee off once in the morning and then play again in the afternoon. I knew if I could go out and get some birdies, get on a roll, that I would have a chance.”

The morning round didn’t go quite as planned for Colburn. Despite hitting the ball well, he said leaving too many birdie putts on the course led to a round of 75.

After one round, Colburn sat eight strokes off the pace but was optimistic he could make the proper adjustments on the green and spark a rebound.

“I was confident that my game was good enough to play in a tournament of this caliber and perform.”

And perform he did.

A second-round 66, the lowest single-round score of the 36-hole event, pitted Colburn in a tie for second place with a two-round total of 141. The late surge vaulted Colburn into the top three, exactly where he needed to be to earn a berth in the U.S. Amateur, which will be played at the Atlanta Athletic Club beginning on August 14.

“I have played a lot of tournament golf in my life, but never this big,” Colburn said in reference to the U.S. Amateur. “It will be a fun experience. You always want to play on the big stage, looking up and seeing the grandstands and all the media attention. Seeing what the next level is like will hopefully help my game, and I can pass some of that on to my teammates.”

The road to the U.S. Amateur has been a winding one through the Wolverine State for Colburn.

After completing an accomplished high-school career, Colburn started his college golf journey as a member of Michigan State’s varsity team.

One year later, he decided to make a couple of changes.

Colburn turned in his green and decided on donning the maze and blue for his remaining undergraduate years. The maze and blue of course represent the colors of the University of Michigan at Ann Arbor.

The other switch Colburn made was from the NCAA to the NCCGA, switching from collegiate golf’s highest level to the club ranks, where he would eventually lead his Wolverine team to a National Championship at Barefoot Resort in the Fall of 2013 while finishing tied for second in the individual component of the tournament.

Colburn said he fully plans on making the trip to Dancing Rabbit Golf Club this semester with his teammates for the NCCGA Fall 2014 National Championship, and he will come with a distinction no other club golfer can lay claim to – playing in one of amateur golf’s greatest events. But Colburn says, even though club golf may seem like a step down from the U.S. Amateur, there is plenty of talent to go around at this level.

“The level of play at the national level in club golf is very strong and it is a great way to work on and improve your game,” Colburn said. “Just because some of these guys don't play varsity, it doesn't mean they don't have a future in golf later on.”

Consider Colburn high on that list of club golfers with bright futures.

Previous article
Golf Fascinates, Angers and Teaches. Golf Is My Life.
Next article
7 Recruiting Tips For Your Club Golf Team