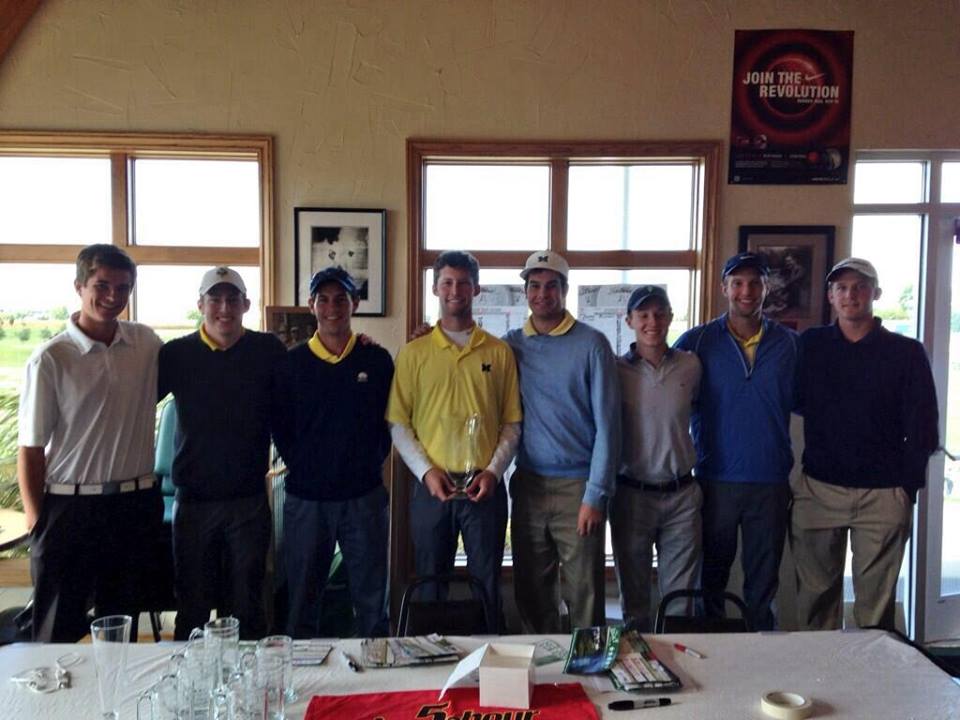 National’s week is finally upon us and the Midwest will proudly be represented by three teams in Myrtle Beach this weekend at the NCCGA National Championship. The college golf club team from the University of Michigan earned the region’s automatic bid by capturing both of the earlier Fall Midwest Regionals at The Legacy and Eagle Crest Golf Clubs. They were followed closely by the Miami Redhawks who earned one of the ten wild card spots in the tournament by finishing second to the Wolverines in each tournament. Ohio State University finished third in the region, a disappointing result after last year’s great play in which the team competed in Nationals both semesters. The fate of the Buckeyes this semester remained uncertain until the final regionals were played; after weeks of waiting, they learned that they made the field for this weekend by earning one of the final wild card positions.

The Wolverines are confident heading into the weekend after turning around last year’s troubles to build a squad with great depth and consistency. Last season, the Wolverines held the first day lead in three of the four regional tournaments, only to lose it on each occasion to their rivals from Ohio State. Additionally, after the first round of Spring Nationals at Purdue, Michigan played their way into a tie for second only to once again fall short on Sunday, earning a fourth place finish.

“It’s all about depth and team chemistry this year. We’ve got about 10-12 guys who are capable of playing in the line-up which makes qualifying extremely difficult. This great depth has created an atmosphere of high performance that has pervaded throughout the team and brought us all together.”

To Geoff’s point regarding the team’s great depth, the Wolverines have seen five different players earn all-tournament honors in their earlier fall regionals. Team veteran Steven Barbour earned all-tournament honors at The Legacy after he finished tied for second with teammate and club golf rookie Tom Fleming. Jacob Troyer and Patrick Colburn, who were the backbone of Michigan’s team last year, each earned all-tournament honors at Eagle Crest. And I--Midwest Regional Coordinator Nick Reynolds--was one of only two players to earn all-tournament honors in each of the first two regionals. The team has turned the corner from their Sunday heartache of the past by having a second round scoring average of 77.2 per individual in this year’s regionals. This great play has vaulted them into a fifth place ranking nationally heading into the weekend. The Wolverines see this weekend as a great opportunity to improve on their second place finish in Nationals at Firestone in 2011 by capturing the University of Michigan’s and the Midwest region’s first NCCGA National Championship. 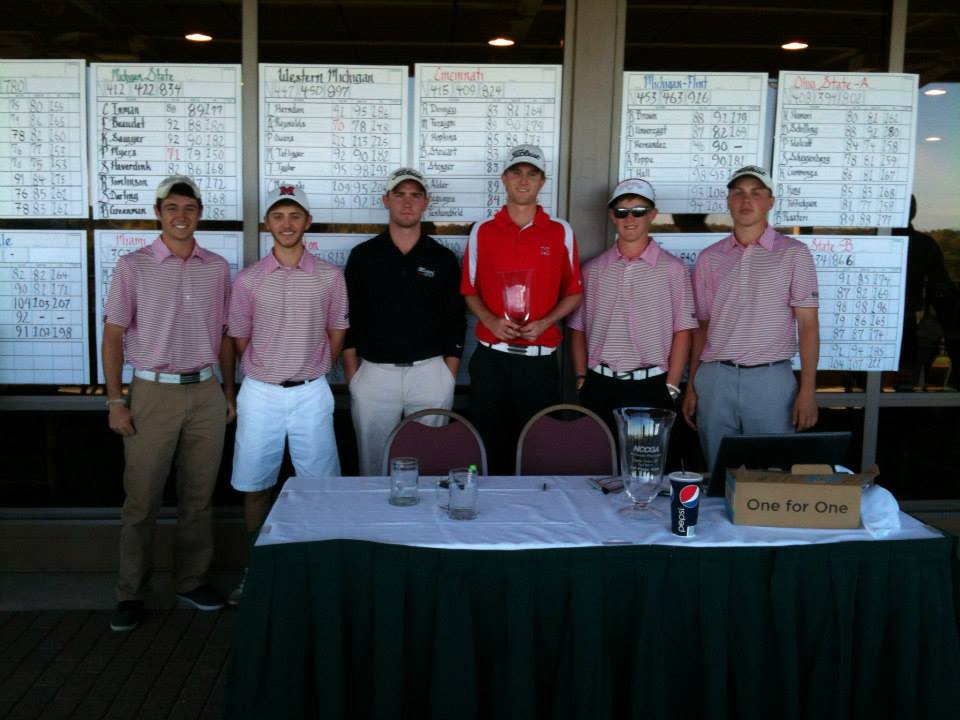 After taking the spring semester off, the Miami Redhawks wasted no time making a stand in the Midwest by earning the second place position in the region and the eighth position nationally. A year ago, Miami found their way into the Fall Nationals in Sea Island, Georgia after earning yet another wild card. This year Miami is poised to make a run at the National Championship with a team that has been extremely consistent in the fall season thus far. The Redhawks are led by Thomas Byrne, who, along with myself, earned all-tournament honors at each of the prior fall regionals.

After Byrne, the team has a savvy group of veterans who competed in Nationals last fall. These players include team President Matthew Sorrows, Justin Woods, Wyatt Frazier, and Caleb Wittig. Each player had great tournaments in the fall, including an all-tournament honor by Woods at Eagle Crest. To be sure, the Miami team is ready to to make their mark nationally like the Midwest teams of the past. Except for the top three teams from the Midwest—Michigan, Ohio State and the University of Dayton, who finished second when Nationals was held at Pinehurst—no other team from the region has made a statement on the national stage, and the Redhawks have been primed by the intense competition of earlier tournaments to make a strong run at a National Championship this weekend.

The Midwest did not have any individuals qualify for Nationals this semester, but there were still individuals very deserving of the honor. Alex Reynolds from Western Michigan and Payden Myers from MSU finished first and second respectively in the regional at Eagle Crest, but could not qualify individually for Nationals because they only competed in one event. This was each player’s first appearance in an NCCGA event, and their play speaks to the great talent found throughout our region. We are excited to see what next semester has in store for Reynolds and Myers, who provided an outstanding spark for their teams heading into the offseason.

The A team from Ohio State has experienced a disappointing fall thus far, but that can all change with some stellar play this weekend. They are hoping to improve upon their third place finishes in the previous National Tournaments at Purdue and Firestone by winning their first NCCGA National Championship in team history. This fall has been an unusual one for the Buckeyes, as they found themselves outside the winner’s circle for the first time in many semesters. Hamori earned medalist honors in the first regional tournament, but the Buckeyes failed to repeat last year’s success with a dismal third place finish.

At Eagle Crest, the team struggled on a difficult course only to earn yet another third place finish in the tournament, ultimately placing third in the region overall. Steve Schniegenberg was the only other Buckeye to earn an all-tournament honor this semester with a T4 at The Legacy. Hamori and Schniegenberg led the team through a tough fall, and were accompanied by Paul Wolcott, Kris Cummings and Ted Tiftickjjian, each of whom managed to finish just outside the top eight, which is considered the all-tournament team. Although they needed one of the final wild card positions to earn a spot in the field this weekend, they remain highly optimistic heading into Myrtle this weekend.

NCCGA President Hamori shares this sentiment, saying that he likes [the Midwest Region's] chances heading into the weekend at the Barefoot Resort.

“The Midwest region’s strength can be seen through the three regional contenders they will have at the National Championship. I am anticipating a strong finish from all three of these teams.”