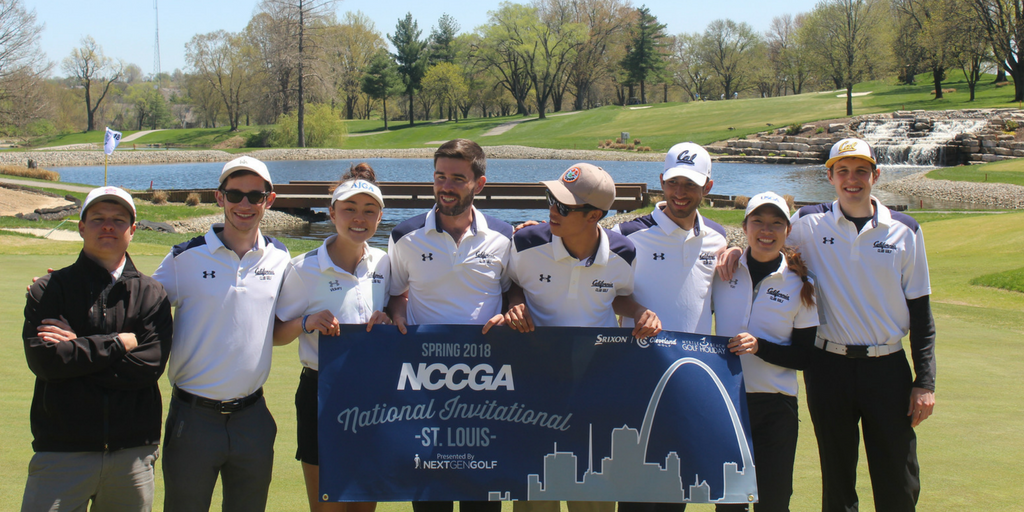 The NCCGA was thrilled to have four women competing at Spring 2018 Nationals in St. Louis. As a co-ed association, the NCCGA strives for inclusion, and having women take part in Nationals is an integral part of that process.

Melissa Yao and Emma Vickery from the University of California Berkeley team competed in the National Invitational at Bogey Hills Country Club. Yao tied for 61st and Vickery tied for 28th. The girls helped their team place 5th overall in the Invitational, with Emma bringing in the third best score for the Berkeley team.

In the National Championship at Norwood Hills Country Club, Claire Malley and Noreen Caporusso played in a field of 224 players. Malley represented UCLA as an individual and placed in the top 60. "I had a great time competing at a tough course with the best players in club golf,” said Malley.

Caporusso played for the DePaul University Team and helped them place 21st overall in their 4th appearance at Nationals. After playing a year of varsity golf, Noreen transferred to DePaul and joined their club team. Playing at the club level helped her fall back in love with the game that she had lost touch with during her year of intense varsity play. I had the opportunity to do an interview with Caporusso, It was fun to meet her and I appreciate what she's done to integrate the DePaul Club Golf Team.

We hope these performances will inspire more women to join Club Golf, and that even more female players will be at Nationals this fall.

Previous article
Spring 2018 NCCGA Nationals Recap
Next article
Nationals: From the perspective of the NCCGA President