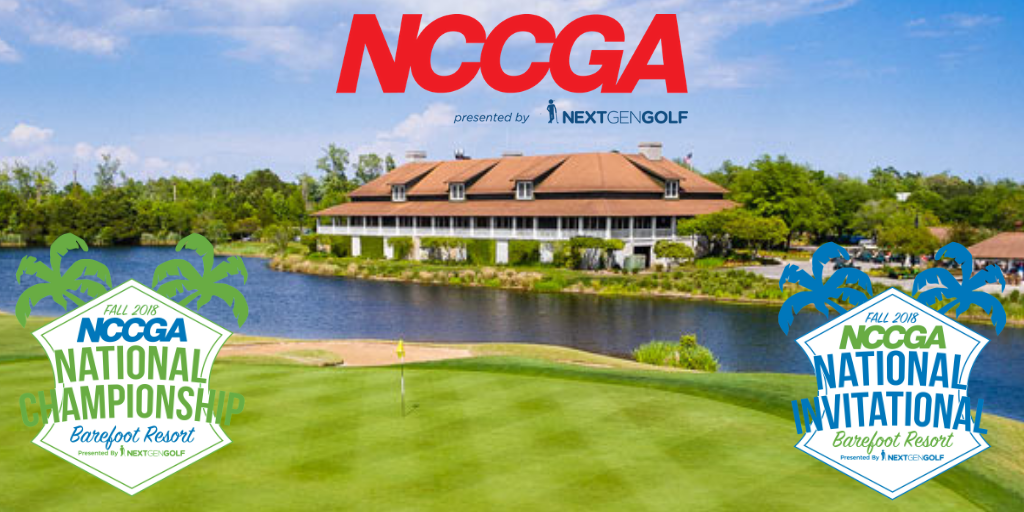 Another NCCGA season is in the books, and an exciting Nationals weekend is just ahead. Barefoot Resort in Myrtle Beach will host the National Championship and National Invitational November 16-18th. The resort is highly regarded as one of the best in the state of South Carolina, and Barefoot's four courses are designed by famous golf architects Davis Love, Greg Norman, Tom Fazio, and Pete Dye.

The Love and Dye courses will host the National Championship. The Dye course has made Barefoot famous, and is perhaps the toughest of the resort's courses. Many Myrtle Beach golf visitors over the years have rated this course as their favorite in the area, so the Championship participants are in for a treat. With classic Dye routing, constant changes in elevation, and tons of bunkers, this course will certainly help distinguish the contenders from the pretenders.

Grand Canyon University comes in as the 2nd ranked team in the country and as the defending champions from last semester in St. Louis. Multiple teams this semester look like real challengers though, including newcomers North Carolina at Wilmington. The Seahawks won both of the regionals they competed in, and they have showed the ability to dominate even with little NCCGA experience. 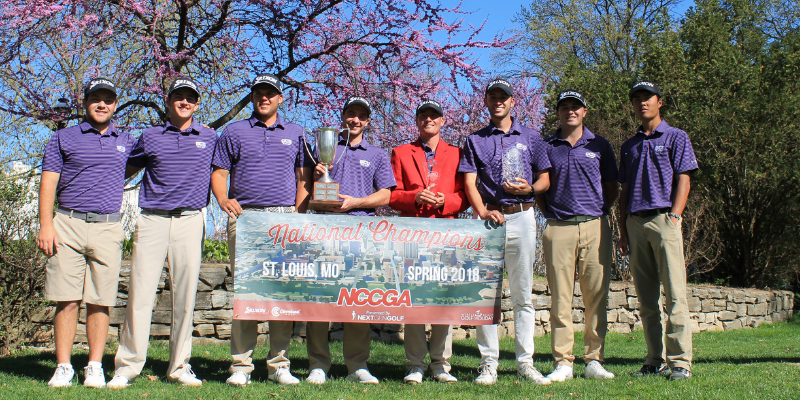 The other teams to look out for are the Florida Gators and the Georgia Bulldogs. UF is a solid team nearly every semester, but they have a different feel this time around with Chase Baum a strong contender for the red jacket. UGA has won two of the last four Championships, and have the experience to come out on top in Myrtle. Look for Florida, Georgia, or UNCW to be in the final pairing with GCU come Sunday morning.

As for the Invitational, the field is truly wide open. Robert Morris had a strong season, and could be considered the front runner of a very tight group of teams. Kansas, James Madison, Maryland, and Dayton are other strong teams that could come away with a bid to next semester's National Championship by week's end. 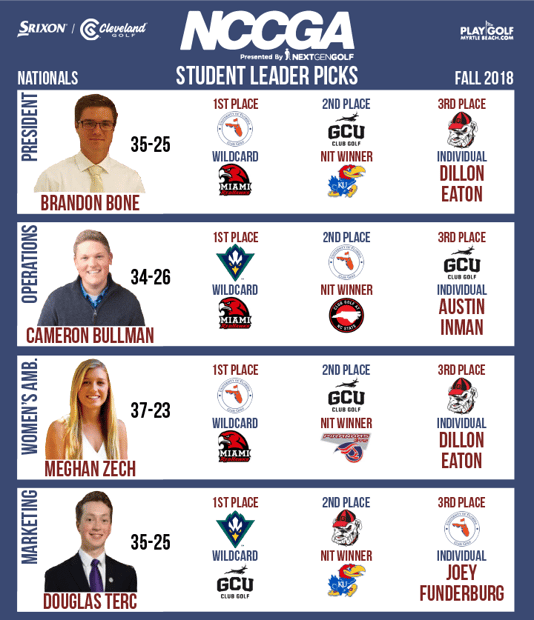