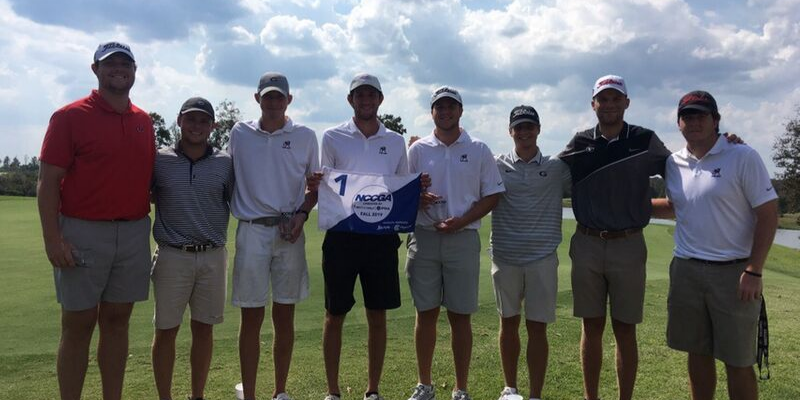 Week 4 of the NCCGA season saw Virginia solidify themselves as a top team in the country. A few new winners like New Hampshire and Washington University bursted onto the scene as well. Here's a rundown of week 4 in the NCCGA.

The Central Region had a one day tournament this past weekend with Wash U claiming victory. Close by in 2nd place was Saint Louis University, but the competition was very tight within all 5 teams that played. Also congratulations to Southern Illinois University Edwardsville, State Fair Community College, and Wash U for having women competitors on their teams. It is great to see teams that are working towards including more women.

The Metro Region also had a one day tournament on Sunday at the Tunxis Plantation Course in Farmington, CT. This was a unique tournament, only three teams were able to compete. Fairfield University came out on top with a total of 403 strokes. Second team was CCSU, and third place was Marist College. The Medalist was Jack Cornforth from Fairfield who shot 2 over with three birdies and a double bogey on the front nine.

There were a total of 5 teams playing in the South region, each hungry for the title of champion. Georgia and Alabama fought hard and it came down to the wire with only one stroke making the distinction between first and second place. In the end, Georgia came in first place with a total of 765 strokes. After an early weather delay on Saturday, the University of Virginia took control and never looked back on their way to winning the colonial region with a score of +9. The impressive win has jumped them to the top spot in the National Rankings through 4 weeks. Jacob Kuchta took home medalist honors at the event with a two day score of -4!

The New England region continued their road to Oklahoma on Saturday at Maplegate Country Club in Bellingham, MA. The team from Providence College won the tournament and their B team earned second. Rio Holzwarth from Providence shot +5 over the weekend to win the individual title.

The Ohio Valley region continued their competitive play this weekend. This regional was nothing short of competitive again., with the University of Cincinnati taking the regional victory by 1 shot over Miami of Ohio. Coming in third, only 8 shots behind UC was the University of Dayton. There was a tie for the top player in the tournament, both from UC and Zach Wengerter edged out teammate Connor Stykemain.

In the Northern New England region, The University of New Hampshire held on to beat Northeastern by over 20 shots!. Coming in third was Boston University, falling to New Hampshire by 25 shots. The individual medalist was from Plymouth State, Jay Lopresti. Jay fired 74 on Saturday and 73 on Sunday for a two day total of 3 over par.

In the Pacific region Cal Berkeley showed yet another fairly dominant performance by beating Stanford by 12 shots. They shot 382 on Saturday and 361 on Sunday for a two day total of 743, which is 43 over par for the weekend. The individual medalist was Nate Noblitt from Cal Poly.

Check out the October Power Rankings as well as the National player and team rankings.