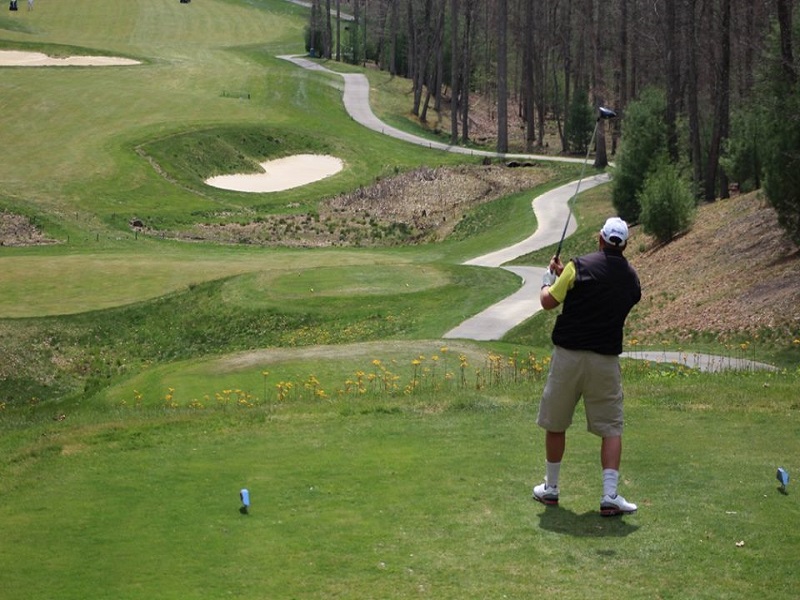 The University of Michigan rolled at Eagle Crest to capture their second Regional Championship of the fall season. This victory secures the Wolverines spot in Nationals at the Barefoot Resort in Myrtle Beach, South Carolina. Last year, the Wolverines had trouble finishing on Sunday after blowing the first day lead in three of the four tournaments. After the first day was cut short due to darkness, the Wolverines were unsure of where they stood going into Sunday because their leading competitors, Miami of Ohio still had golf to be played. Michigan posted some great scores, but with this uncertainty they knew that they must put up some good rounds again on Sunday to walk away with the victory.

Last year’s Midwest champions from Ohio State University struggled on the first day along with the rest of the field as Eagle Crest showed its teeth early. However tough this course played, there were a few players who managed to put up some great first day rounds. Alex Reynolds from Western Michigan University held the lead with a first day score of 70, followed closely by Payden Myers from Michigan State who scored a 71.

Round two started with similar conditions, but as the day progressed the wind picked up and that meant scores drifted along with it. Michigan yet again put up some great scores and were led by Jake Troyer with a 75 and Pat Colburn with a 77. As the scores were coming in the teams were feveriously waiting for Miami of Ohio, who was the last team on the course with a chance to steal the victory away from Michigan. After what felt like forever, all the scores were in and Michigan walked away with a six shot victory over Miami. Rounding out the rest of the top five were OSU, Dayton and Cincinnati. With this victory the Wolverines earned an automatic bid to Nationals, Miami and OSU are awaiting to see the results of the other regionals to know whether or not they received wildcard bids to the big dance. Alex Reynolds continued his great play on Sunday to earn medalist honors in his first NCCGA tournament after beating out Thomas Byrne from Miami and Payden from MSU. The course really played difficult for the two days as the players struggled with the many hazards and difficult greens.

This tournament rounds out the Midwest Fall season which turned out to be one that saw great competition from the teams at the top. Michigan, Miami and OSU finished in the top three respectively in each of the tournaments and this sets the stage for what is going to be a great spring. Before we can start thinking about that, however, they will look to Nationals to continue their great seasons. Michigan earned the automatic bid, but Miami is poised for wild card appearance after finishing a close second in each of the tournaments. OSU has an outside look at the tournament after a disappointing follow up to their 2012 dominance. With that being said, good luck to the Michigan squad at Nationals and the potential wild card qualifiers if they are so lucky. The Wolverines looked great in both tournaments this semester and will surely be a favorite to win it all in just a few short weeks.