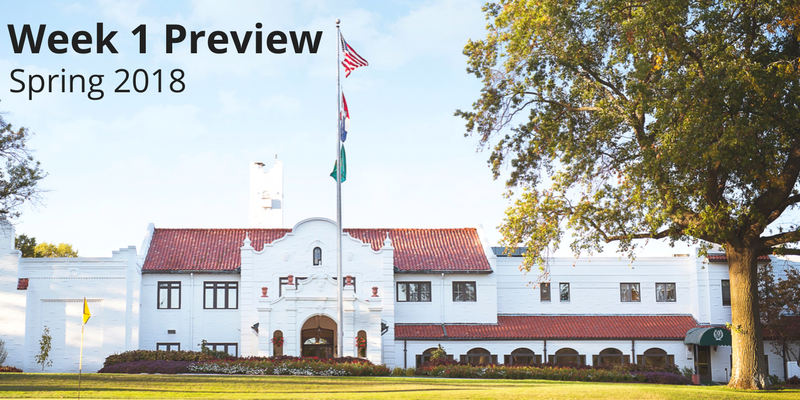 Here we go! After a great Fall 2017 Season and a long winter break, it's time to begin the race to St. Louis, Missouri for the National Championship and Invitational. To kick off the Spring 2018 season the Desert, North Florida, and Texas regions will all be the first to show us who’s on top. This will be a highly competitive weekend as these are projected to be some of the strongest regions in the country. Good luck everyone! Hit ‘em straight and drop those putts!

Although the Desert Region is comprised of just 4 Colleges, they have 8 teams competing in this weekend's regional tournament. The biggest name in the field is the defending NCCGA Co-National Champion, the Arizona State Sun Devils. But don't sleep on Grand Canyon, as they are bringing 4 teams (!) this weekend and will most certainly be on the hunt to take down ASU. Golf Academy of America-Chandler and University of Arizona will be competing, as well. This weekend's tournament will take place at Ken McDonald Golf Course in Tempe, AZ.

The North Florida Region will be a toss up this weekend. The University of Florida and Florida State come in as favorites; both will be bringing very strong teams. However, UF will have the home-field advantage over the Seminoles but we're not sure if that will be enough to take home glassware. Time will tell.

The opening tournament will be hosted at Juliette Falls Golf and Spa Club. Stetson hopes to put up some strong scores this week to show the big dogs that they can hang in this region.

Teams in the Texas Region will have to bring their A game to the Golf Club of Dallas this weekend. Baylor and the University of Texas at Austin are the favorites going into the tournament, bothlooking to return to Nationals this semester. The Golf Academy of America-Dallas, Texas A&M, Texas Christian, and Texas State at San Marcos also ranked in the top 50 last semester and will be looking for Nationals qualification spots. This is the fastest growing region the NCCGA and competition will be stiff this season-- it's anyone's game down South in the Texas Region. 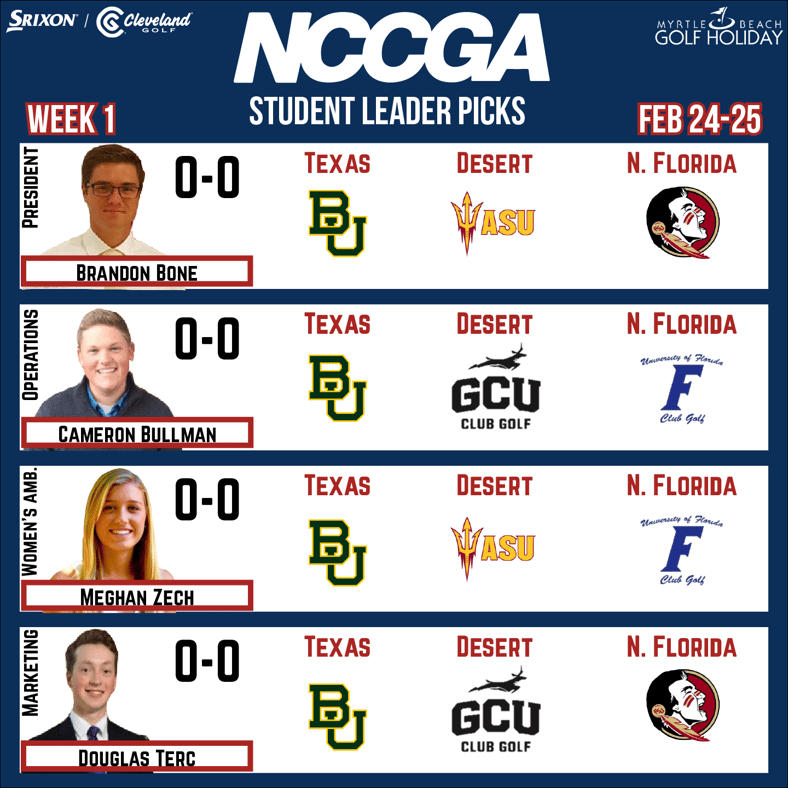