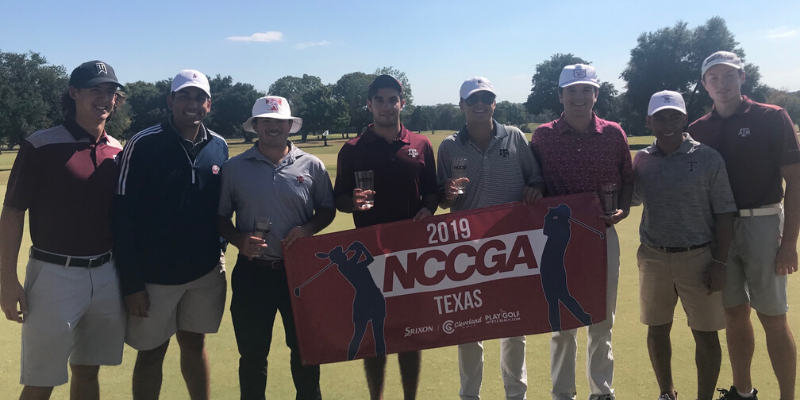 Week 7 in the NCCGA saw more teams claim Nationals bids, including Providence and Wisconsin who finished off their regions in strong fashion. Western Washington and Wake Forest were new teams to capture a victory this season.  Here's a recap of all the week 7 action.

Eight teams competed in the North region this past weekend. University of Wisconsin got the win to sweep the region this season! They got off to an early lead on Saturday when they shot 372 and lead by 6 over Marquette. They only got better Sunday and cruised to an easy victory. The medalist came from Wisconsin-Milwaukee, as Ethan Graham shot 74-73 to beat Max Rohlinger from Wisconsin-Oshkosh by 4 shots.

Wake Forest took a one shot lead over High Point after day 1 of the North Carolina regional. They came back firing on Sunday and ended up edging out High Point by 6 shots. The tournament medalist came from High Point, Hayes Esposito. Esposito was tied for the lead after day one with Natalie Petersen from UNC-Wilmington (both shooting 76). He came back with a strong 73 on day two to Edge out Petersen by 1 and hold up the individual first place trophy. Can anyone overtake Providence as New England region champions? That was the question heading into the weekend, and the Friars responded with a resounding NO! Providence took a minimal Saturday lead and blew the field away on Sunday, beating the University of New Hampshire by 39 shots. The individual medalist was Chris Buscanera from Fitchburg State, shooting back to back 69-76 to barely squeak out first place by 1 shot.

Miami of Ohio swept the competition in the Ohio Valley region, shooting a total of 743. The second place team was Dayton with 775. In general, day two seemed to be a much better day for everyone in this region with shaving quite a few shots from the first day. Paul Defranco was the medalist from Miami of Ohio, and he shot 72-71.

Texas A&M took the victory in the Texas region with an 8 shot cushion over Baylor. There were two people that tied for first place as individuals. Daniel Schipano from Texas A&M (74-72) and Dalton Shettle from Baylor’s A team (75-71) both shot 6 over for the tournament. 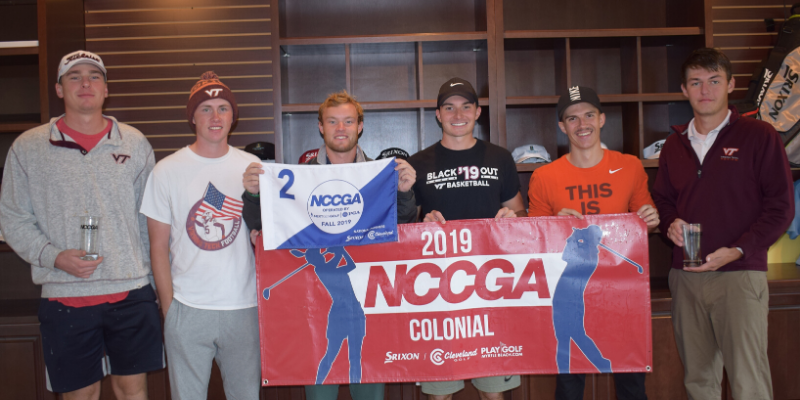 The Colonial region played their second tournament last weekend at The Manor in Farmville, VA. After two days of iffy weather, The University of Virginia edged out their in-state rivals Virginia Tech and secured their bid to nationals. Jacob Kuchta from UVA was the medalist, winning the tournament by 3 shots over Alec Terrell of Virginia Tech.

The Desert region capped of their season last weekend in Tucson, Arizona. After a great performance on day one, Arizona State was able to hold onto the victory despite Grand Canyon having 3 players on the all tournament team. This was the first time in over 3 semesters that GCU lost a regional tournament, but their efforts were enough this season to give them the regional title in Desert.

The Great Lakes region played their final tournament of the fall season at Heritage Bluffs in Channahon, Illinois. Illinois State won the tournament comfortably and Ryan Hay won the individual medalist. A Sunday score of 74 gave ISU's Ryan Hay a 3 shot victory in the event.