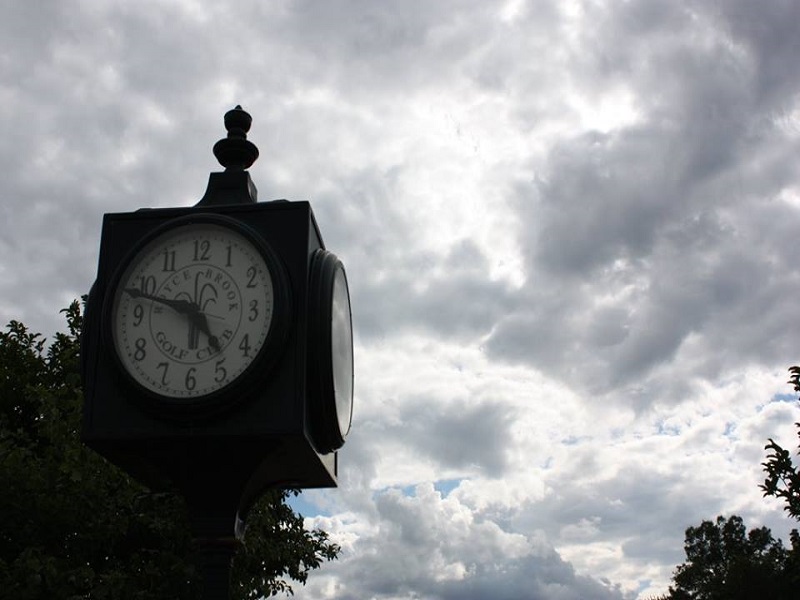 Serious golfers--those who understand the game and it's culture--comprise a cult who live for golf and everything it stands for. Harvey Penick, legendary golf instructor and mentor to the great Ben Crenshaw, captured the essence of the golf cult in the title of his second book "And If You Play Golf, You're My Friend." Fast forward a few decades and the lingo and lifestyle of Millennial-aged golfers is now being captured on Twitter by @TotalGolfMove_. It's my pleasure to bring you the top 10 #TGMs.

When you get to the course and realize the greens were just aerated pic.twitter.com/Bdx7qyRvGi

I experienced this feeling first hand at our Spring 2014 NCCGA National Championship when we found out the greens had been punched a couple weeks prior and were not fully healed. Tiger's look of utter devastation aptly sums up our frustration.

If you don't club-twirl after a pured shot did it really happen?

My short-game is like a Ferrari… I don’t have a Ferrari.

Streaky putters may contest this, but when the pressure is on, you either have it or you don't.

Game in good shape? Prove it this fall with 50+ NCCGA Tournaments

Scientific fact: 100% of shitty rounds occur after a great range-session

I'd prefer to avoid the driving range all together before rounds. Unless you play every day and know what you're doing, the average player is better off heading straight to the first tee #ReadyGolf

When someone tops a shot pic.twitter.com/sokXGI5hgH

Only bested by the dreaded shank, everyone remembers the last time they dribbled one off the tee.

When I found out Tiger might play tomorrow pic.twitter.com/TPFgVKui7W

Maybe Romo should have stuck with golf, dude nearly qualified for the U.S. Open once.

Watching someone take 10 minutes to read a putt pic.twitter.com/OaXXpmzHns

Ready to learn more about NCCGA?

Walking to the next tee box after a birdie https://t.co/6eYpNeYben

If only we could bottle that feeling up...

**Mike Belkin is a Co-Founder of Nextgengolf.