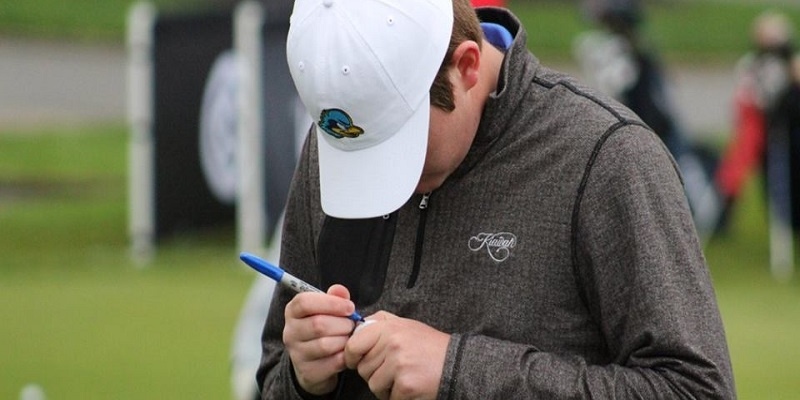 Players on the PGA Tour have been known to make some interesting style choices over the years. From the bold wardrobe choices of Rickie Fowler and John Daly, to the unusual technique of lining up putts employed by Camilo Villegas, players do not seem to resist the spotlight.

Which is all the more reason that it is surprising no one regularly plays a colored ball on tour. Though many regularly mark their golf balls with dots, lines and letters, very few pros deviate from the traditional white golf balls.

Colored balls became popular in the late 1970’s into the early 1980’s, but only two players have ever won events on tour while using them. Wayne Levi won the 1982 Hawaiian Open using a yellow ball and just two months later Jerry Pate won the 1982 Players Championship with an orange golf ball.

In the time since, aside from a few examples, colored balls have mainly been seen in the bags of casual golfers. The few exceptions on tour include Justin Leonard, who used a black ball in a number of events in 2005. Vijay Singh and KJ Choi briefly used a yellow ball at various times in their careers. Tim Clark used a yellow golf ball in the 2015 WGC Accenture Match Play. Young guns Will Wilcox and Russell Knox have used Srixon Z-Star XV Tour Yellow balls, with Wilcox acing the 17th Hole at TPC Sawgrass with one.

In the absence of colored balls, the craziest custom golf balls the pros use are those which feature a unique logo or marking. Tom Watson has a golf ball has a soccer inspired design on it that he uses on the Champions Tour. Here’s Watson showing off his juggling skills with his soccer themed ball. 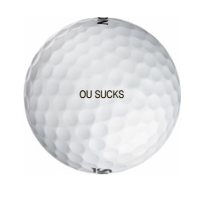 Elsewhere, Rory McIlroy customized a special ball for this year’s US Open with US2 printed on it, to acknowledge his pursuit of his second win in the event. With an endless number of options available to distinguish the ball, McIlroy’s is one of the cockiest around, but it is not nearly as bold as these custom balls used by the University of Texas’s club golf team.

If you are looking to make a statement with your golf balls, check out some of the deals made available to Nextgengolf members and order customer Srixon golf balls.