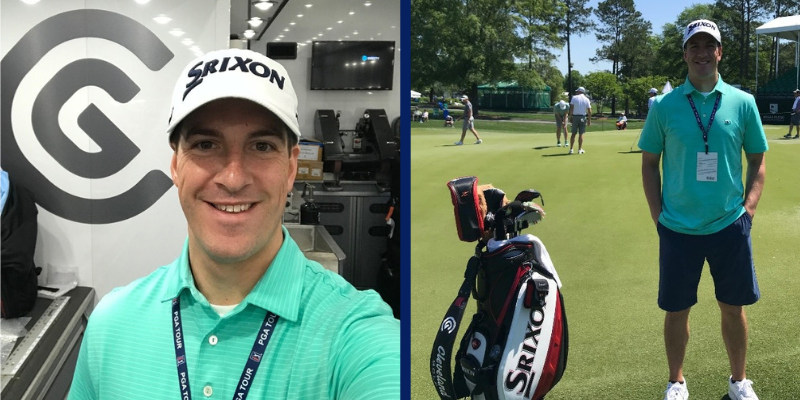 Just three years after picking up my first golf club, I've had some of the best memories of my life due to this great sport and the support of Nextgengolf and The City Tour. Who knew random email advertising for City Tour tournaments would lead to new friendships in my city and the chance to travel and play some of the best courses in the Southeast.

The most recent opportunity that Nextgengolf has provided me was a Srixon Ambassador experience at the 2019 Wells Fargo Championship, where I had “inside the ropes” access on Tuesday at Quail Hollow Club. Michael Jolly, responsible for amateur recruiting for Srixon/Cleveland Golf, was my guide for the day. Jolly has been in numerous rolls on tour with Srixon/Cleveland Golf and was great at allowing me to shadow a day in the life of those who work on tour.

To start the day, we went to see Srixon/Cleveland Golf staffers on the range including Cameron Champ, Smylie Kaufman, Hideki Matsuyama, and Martin Laird. Cameron was busy casually bombing drivers over 315 yards when we walked up and started asking him about his plan for the tournament. Cameron was working on switching golf balls from the Srixon Z-Star XV to the Z-Star. He was looking for more spin and control around the green/approach shots even though he was giving up 3-4 yards off the tee with the change.

Smylie was going through a few equipment tweaks and changes on the range. He was really focused on getting to a strong position with his hands at impact and the look of the club at address. He was changing his lie angles, lofts, and ball position with his lower irons. In contrast to Cameron, Smylie was more focused on feels and the look rather than stats and numbers. The caddy, swing coach, and Srixon Tour van all played rolls in the changes for Smylie. 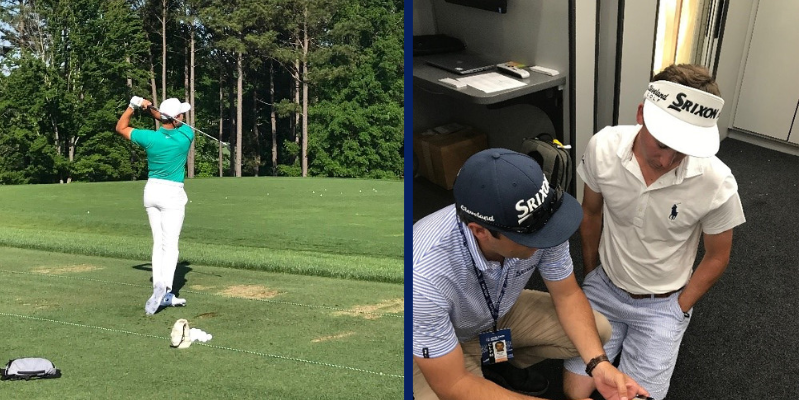 I watched the Tour van guys Will, Ken, and Jolly adjust clubs and build new ones in the tour van throughout the day. Jolly showed me around other vans to see the layout and different designs they use to build clubs or shafts for players. Everyone in the vans knew each other and the guys had a great community/family feel when allowing me to poke around and understand what they do week to week on Tour.

Next we headed out to the course. We walked right through the ropes, flashed our badges, and joined a few groups before we landed with Srixon/Cleveland Golf staffer Keegan Bradley. Keegan was playing with Luke List and Brendan Steele. We walked and talked with them for the front nine at Quail Hollow. I learned about the thought process of players when attacking hole locations and how detailed they were on how the ball would respond on each green. The level of preparedness the Tour players and caddies had was something I had never seen. They knew every spot to aim and to miss on each hole and every green. 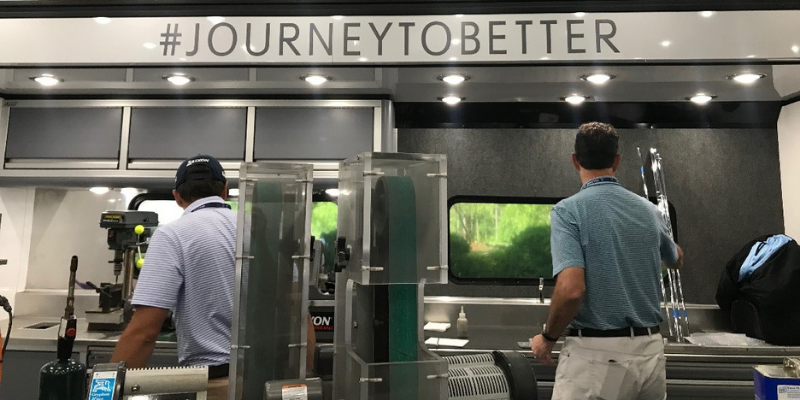 We finished up nine holes and headed back to the tour van to talk equipment on Tour and the changes they see from Srixon/Cleveland Golf staffers and other players. One topic that we discussed was the recent move by many players to utility irons. Tour players don’t need the forgiveness of these clubs they need the ability to hit the ball higher so they can land it on the greens and stop it. As an ambassador I’ve seen the new Srixon utility line and wanted to ask a few questions about the impact it would have on my game as an amateur. Jolly and I went through the specs that would be an ideal setup for me to put a utility iron in the bag.

Overall, the experience I had at the 2019 Wells Fargo Championship was the best I’ve ever had at a tour event. I met players and built relationships with Srixon/Cleveland Golf employees that work behind the scenes. I am so grateful I was given the opportunity to experience a day in the life on the PGA Tour in my own city. A big shout to the team at Nextgengolf, Srixon/Cleveland, and Michael Jolly! If you casually are involved with Nextgengolf via the NCCGA or the City Tour, I would encourage you to invest more time and become a Srixon/Cleveland Golf Ambassador.