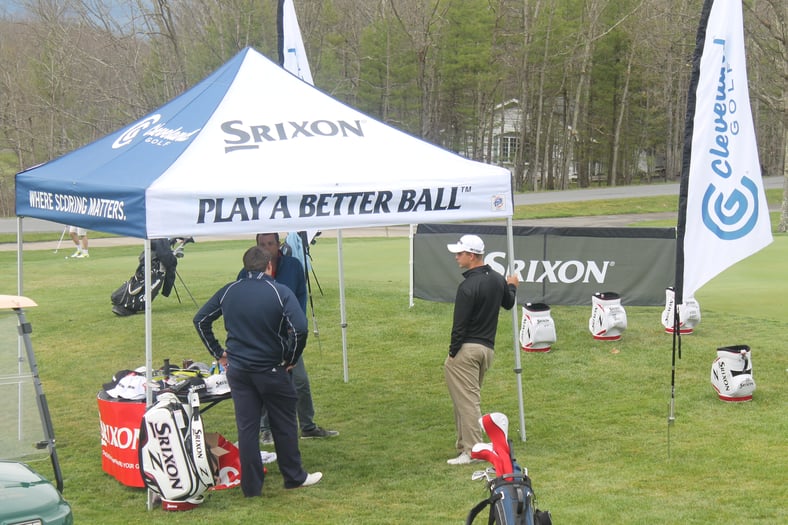 Srixon was generous enough to give a very few select 2017 Srixon Ambassadors the opportunity to see what it’s like inside their PGA Tour van this year.  Brian Mann shares his experiences down in Texas. 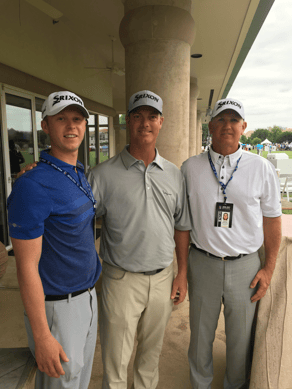 As a Srixon Ambassador with Nextgengolf, I was invited to an exclusive Srixon/Cleveland Golf shadowing opportunity at the AT&T Byron Nelson PGA Tour tournament.   Matt Weinberger (COO at Nextgengolf) helped connect me with Rodney McDonald (VP of Tour Operations at Srixon/CG) to schedule a day of tour experiences.

When I arrived, I met Rodney and had the chance to check out the Srixon PGA Tour van which was set up exactly as you might think: drawers full of grips, club heads, an endless supply of golf balls, hats, shafts, and everything needed to tweak golf clubs. A true dream for a gearhead such as myself.

During the day I had the chance to meet many Srixon staffers and even walk with players like JB Holmes.  If you’ve ever been to a professional tournament, you have most likely experienced the pure jealousy of wanting to cross beyond the “Players Only” ropes.  I walked on the practice green like I "belonged" as players were putting all around me. I was excited to see and catch up with Srixon staffer Tag Ridings (I worked for his dad Paul in the pro-shop through undergrad). I stood next to Ryan Brehm on the range for a while, too. Watching Ryan hit balls was incredible. The sound it made combined with the consistence and trajectory was a treat to watch. You could’ve thrown a beach towel over where the 30 balls he hit came to rest. After he finished with each iron he turned around and said something along the lines of “that’s perfect” insinuating his clubs had been perfectly dialed in.

My Favorite Moments Behind the Scenes

After the day on the course I was invited to dinner with the Srixon team.  I was introduced to all the players including Rick Lamb, JJ Spaun, Rod Pampling, Michael Putnam, and Keegan Bradley. Typical small talk went on, such as Keegan answering questions about his Jordans, and everyone discussing sports as it was a casual setting.

After eating we were all invited back to the tour van to have drinks and talk more about club repairs and club building. The player that stuck around longest was Bradley, which was awesome that the 2011 PGA Champion hung out and was just "one of the guys" when he wasn't obligated to be.

All in all, this was an awesome experience that some people would only dream of having. I can’t say thank you enough to Srixon and Nextgengolf for making this happen. I would strongly suggest City Tour and NCCGA players to consider apply for the 2018 Ambassador Program!

For testimonials, more information and details on how to apply to the Program, click on the link below: 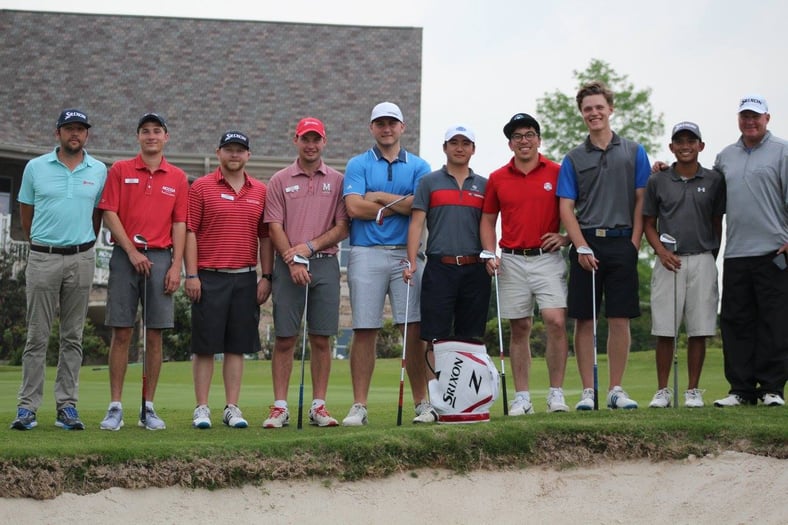