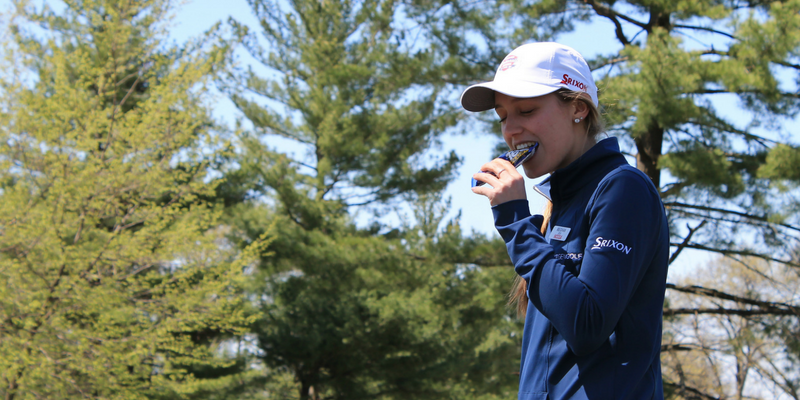 When I brought out four boxes of 1st tee bars to the 10th tee at the National Championship tournament in St. Louis this past April, I was mostly thinking the 80 power bars were going to make excellent weights for the NCCGA branded
tablecloth on a windy day.  What I found was that before all the groups had even finished making the turn, I had to ditch the runaway table cloth because all the 1st tee bar boxes were empty and I had lost my weights.

The 1st tee bars were received with a lot of excitement from the players. For those who made the turn after we had lost the battle with the wind, I received looks of disappointment. I was even asked on multiple occasions if I would abandon my post to go get more. I found that at the turn, the presence, or lack thereof, of the tee bars were the make or break for the attitude of the players as they went into the second nine holes. 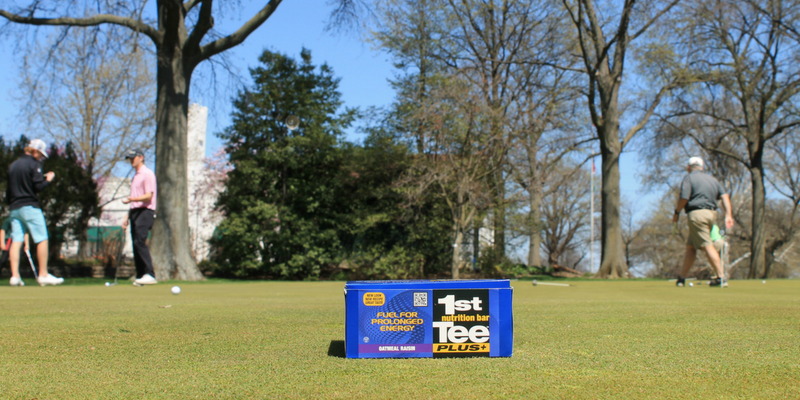 Players who had been playing well but came too late after the tee bars were gone seemed to lose a little of their mojo. Players who had been having a rough day but made the turn early enough to grab a few for their bags suddenly regained momentum for the last nine.

On the second day of the tournament, I went to my starting table prepared. By the end of the day, not only did the tablecloth stay put, but every player was able to help themselves to the nutritious bars and no one was left disappointed.

I myself tried the 1st tee bars for the first time at Nationals and they are now on my regular grocery list and a must have in your golf bag! Receive 20% off all orders of 1st and 10th tee bars using code nextgen20.