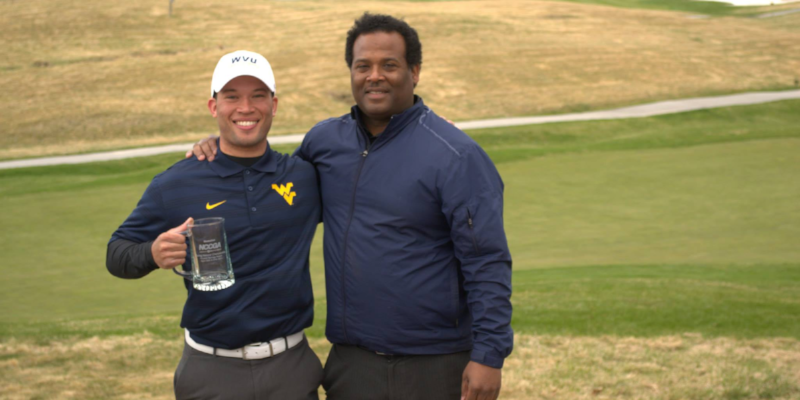 There have been some pretty cool stories of what former NCCGA students have gone on to do following their college years. The beauty of club golf is that players can shoot between 64 and 114, and then go on to do anything they want in their professional careers, whether it's be a CEO, Manager or even President. There have even been some standout talents who have chosen to continue their golf dream at the professional level.

Mason Short graduated in the spring of 2016 from West Virginia, but had far from a traditional 4-year college experience. Starting at the University of Maryland as a redshirt golfer, Short determined it just wasn’t the right fit. He made the choice to transfer to WVU while the varsity team was under formation.  To keep his competitive edge he decided to play on the WVU Club Golf Team in the spring of 2014.

It was a successful season to say the last, as Short qualified individually for the Spring 2014 National Championship at Cyrstal Springs in New Jersey.  At a blistery cold championship, Short outlasted the field with a solid 145 (+3) to earn Medalist honors.

"The NCCGA Spring National Championship really offered me a great opportunity to prepare for important amateur and collegiate events down the road." Short said. It was an awesome event and the NCCGA and their sponsors really did an amazing job with its organization. It was a great win for me."

After earning Medalist honors, he used that to help him get a spot on the brand new WVU varsity golf team.

“I credit the NCCGA a lot for letting me play varsity for 4 semesters at WVU.” Short said. 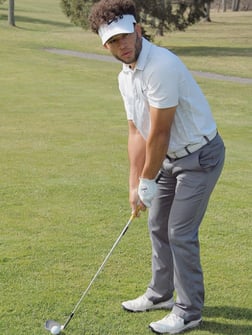 He went on to have a solid varsity career, positioning himself in late 2016 upon gradating to make the choice of continuing his golfing career.  Short is now taking his swing at the Mini Tours in Florida and Myrtle Beach.

What makes himn different from hundreds of other golfers taking on this next step?

“I embrace the mental aspect of the game, taking lessons for not just my swing but also from my mental coach.” Short said.

He has played at the highest level all of his life and learning to perform under pressure when money is on the line was a new challenge.  Short started competing in competitive one-day events in January in which he has three top-3 finishes including a 70 (-2) at Deer Island in Orlando.

You might remember former NC State club golfer Josh Rackley winning $100k at a professional tournament several years ago. Now it’s Mason’s turn to see what is in store for his young career.  Follow his journey on Instagram and cheer on this former NCCGA champion!