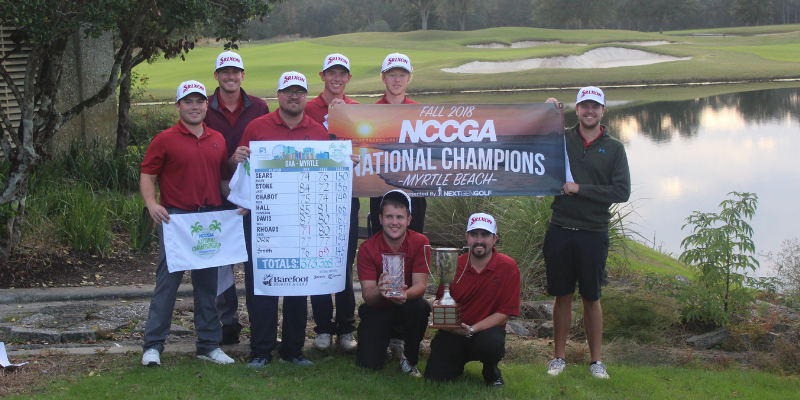 Myrtle Beach, SC - The Fall 2018 NCCGA National Championship and National Invitational returned to Barefoot Resort for the second time on November 16th-18th. The beautiful weather and fantastic competition made this one of the best Nationals ever, below are some of the highlights from the weekend.

The Championship was played on the resort's Dye and Love courses, and the scores from day one provided a second day full of suspense. Miami of Ohio, Minnesota, UNCW, Georgia, and defending champion Grand Canyon all came into the final round with a chance to take the trophy. Ultimately, day one leader Golf Academy of America-Myrtle Beach was able to maintain the top spot to win the title by 10 strokes. Congrats to the guys from GAA on an incredible weekend. 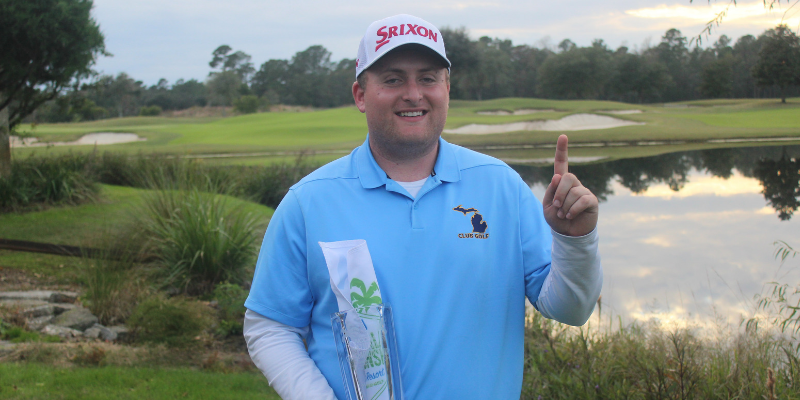 Ian Martin from University of Michigan won the Red Jacket after impressive rounds of 67 and 74. He rattled off 6 straight birdies to end his first round and take a solid lead over the rest of the field. A steady second round with few mistakes led him to the title by two over Minnesota's Ben Frazzini and Georgia's John-Michael Klopfenstein. Ian will be moving onto the varsity golf team at Michigan next semester, riding the high from his NCCGA National Championship.

The University of Nebraska had a tight battle for the Invitational on Barefoot's Norman and Fazio courses, but came out on top over Robert Morris University. They held an eight shot lead after day one, and ended up holding on to win by four shots on day two. Nebraska receives an automatic bid to next semester's National Championship as a result of their victory. 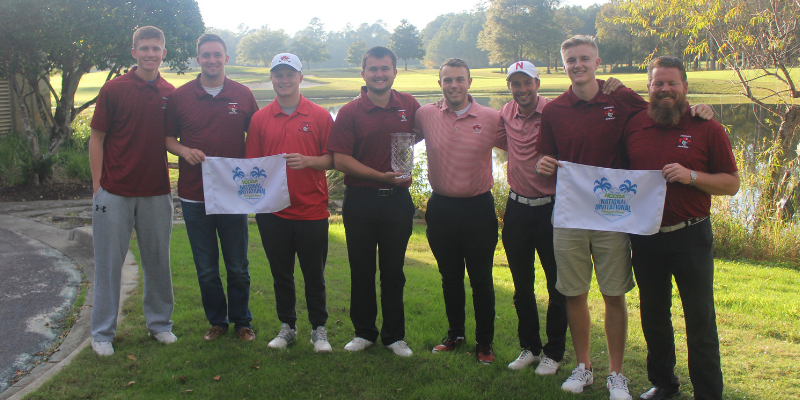 Thanks to everyone who participated in the NCCGA this semester, and special thanks to those who made the trip to Myrtle Beach for Nationals. The season was a great success, and we look forward to another great semester this coming spring.

Careers in Golf Networking Event: Students were greeted by 12 different golf companies on Friday night, including USGA, PGA of America, and Billy Casper Golf. The players were able to have meaningful conversations with these companies about working in the golf industry, and some even applied for internships or full-time jobs. Learn more about this event here.

A huge thanks you to all of our sponsors who continue to support us at Nextgengolf and the NCCGA, as well as you, the players. You can still receive all the great deals these sponsors offer, even in the off-season. Check out the equipment discount page to see all offers.