Fall 2019 Nationals is finally here! It’s been a great season of tournaments, culminating with 352 players this weekend in Oklahoma. The National Championship is taking place at the WinStar World Casino & Resort in Thackerville, OK with the National Invitational taking place just down the road at Dornick Hills Country Club in Ardmore, OK.

Clemson University comes in to the Championship as the #1 ranked team. They came back from a day one deficit in the spring to capture the National Championship at the Birck Boilermaker Golf Complex in West Lafayette, IN. The Tigers could be the first team to repeat as champions since Georgia did it in 2017. 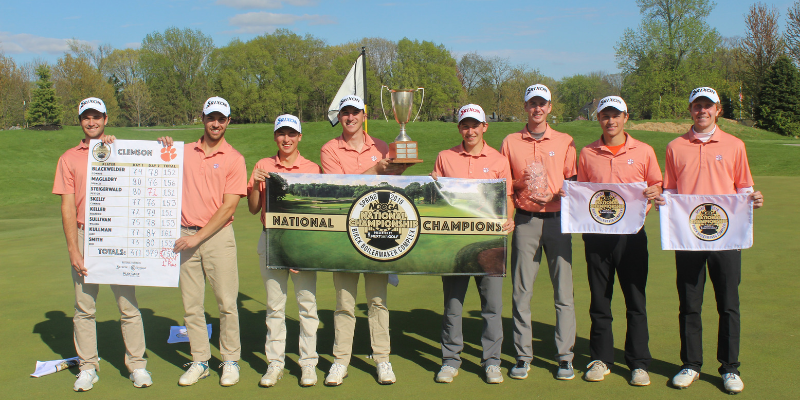 Other teams to look out for in the Championship include Florida, Grand Canyon and both Michigan and Michigan State. The weather forecast looks a bit cold for Oklahoma, so the Michigan teams could use this to their advantage as the conditions match what they experience in the Midwest region.

The Invitational has a wide open field, with a multitude of teams playing well heading into the event. These teams include the likes of Cincinnati, Missouri State, Kansas and Furman. As we've seen in past Invitationals, winners are hard to predict and anything can happen especially on a unique course like Dornick Hills.