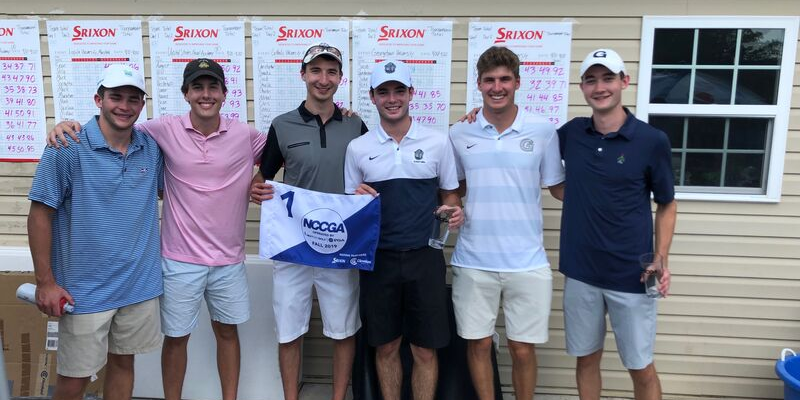 Week 3 of the season saw 10 regions play all across the country, with some great tournaments as well as some new teams and players earning trophies. Here's everything that happened last weekend.
In the Capitol Region this past week there were 7 schools that battled for the first place flag. Georgetown was up by 2 shots after Saturday and beat Maryland by 10 on Sunday to claim the first place flag! The individual medalist was Justin Susarchick from American University. He went 74-71 for a two day total of 5 over par.
The two teams that everyone was paying attention to leading up to the Desert regional were Grand Canyon and Arizona State. GCU didn't disappoint at all while they claimed first place yet again in this region. Arizona State's B team was impressive, finishing just 4 shots behind GCU. The individual medalist came from Arizona State (B).  Varun Chandrasekar fired 75 on Saturday and 74 on Sunday for a two day total of +5. Notre Dame jogged to the finish line in Indiana with the first place flag in hand. They had a 17 shot lead after day 1, and went into cruise control Sunday to stay on top. The individual medalist was Ben Szklarek from Notre Dame. He went 75-69 to finish the tournament at even par.
It was a classic Big 10 rivalry in the Midwest region. Michigan versus Michigan State came neck and neck but Michigan pulled through for the win with a total score of 723. Three players shot -5 to tie for medalist, proving that this is one of the toughest regions in the country this year.
UC Boulder and Colorado State had an extremely close match, with Boulder hanging on to win on Sunday. Macon Orr from University of Denver shaved 23 strokes from the first day to the second! Major improvement and super exciting to see such a comeback. Still 2 tournaments left in this region so plenty of time for a bounce back win from preseason favorite CSU.
The University of New Hampshire took home the win in the Northern New England region with a total of 771 strokes. Following them was Northeastern University and Boston University. Vienna Chiu from Northeastern University tied for 3rd place after an eagle on a par 4! 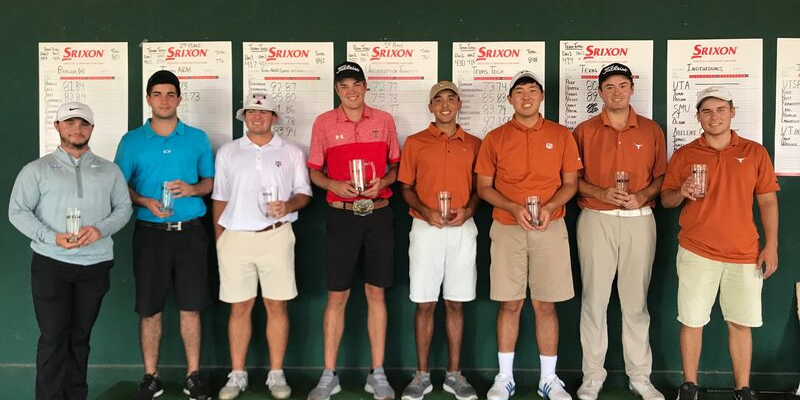 We saw a new winner in the Texas region, with UT-Austin taking down last weeks champs Baylor University. Texas A&M looks like a strong team as well, with one of their own Bunker Funderburgh taking home medalist honors after losing in a sudden death playoff last week!
With clear skies and nice temperatures the Philadelphia region kicked off their season with two rounds at Galen Hall Golf Course in Wernersville, PA. After being down by 23 strokes, Villanova was able to make one of the largest comebacks this region has ever seen in order to topple St. John’s by a single shot. This also earned Villanova our comeback performance of the week!
The Ozark region began their road to Nationals this weekend at Cimarron Trails Golf Club in Perkins, OK. The Oklahoma State Cowboys were able to beat out Arkansas to win by 19 shots despite Arkansas’s Charles Kim shooting 66! This region looks to be a constant battle between OSU and Arkansas so excited to see if these teams can snag bids to a Nationals in there own backyard.
The South Florida region had their second tournament this past weekend at Saddle Brook in Wesley Chapel, FL. After two full days of golf the top 4 teams were within 6 shots of each other, but Miami was able to win this nail biter with a score of 805 to capture their first victory of the season.
Click here to see the full NCCGA team and player rankings heading into week 4.