How the NCCGA Saved My Golfing Career 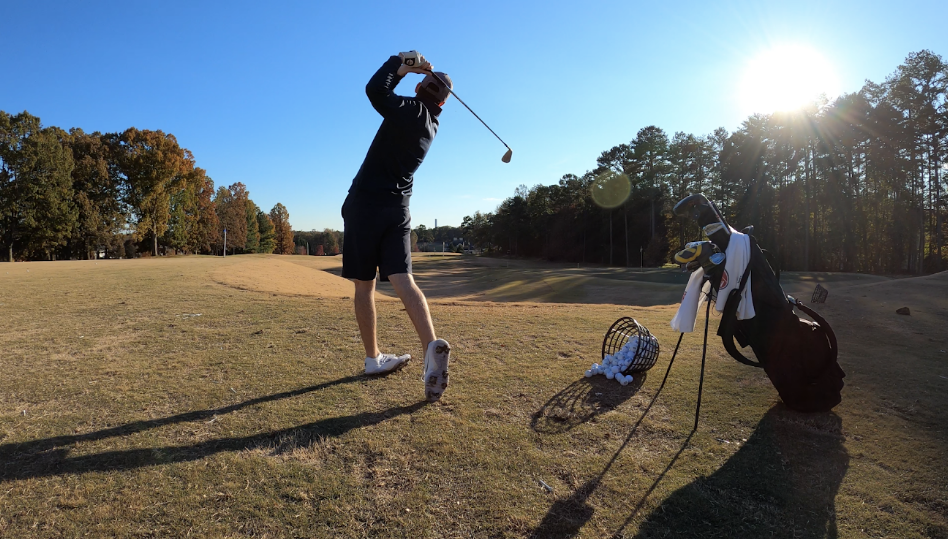 My name is Lance Griffith. I am an avid golfer from Concord, North Carolina with a 0 handicap. I'm currently a junior, sports management major at Queens University of Charlotte. My journey, however, did not start at Queens. Prior to transferring to Queens I was playing NCAA golf at Pfeiffer University, but got an unlucky break that almost stopped me from playing golf ever again.

With a promising career ahead of me, my goal was finishing four years at Pfeiffer, getting a degree, and chasing my dream of getting my PGA Tour card. All of that changed in the second semester of my freshman year. I was going through some technique changes and suffered a back injury. I headed home to get an MRI and determine if my injury was as bad as I was worried it would be. Turns out, I had a stress fracture in my L4 vertebrae, a pivotal part of my spine for lower body rotation. My doctor told me there was a chance I would never be able to play golf again. I was devastated at first, but that turned into motivation and determination to get back on the tee. I took extreme measures to focus on my recovery so I could get back on the course. Almost six months after my injury, I was cleared to practice chipping and putting. I was elated! Being back on a golf course to any extent was an accomplishment for me.

Soon after I was diagnosed with my injury, I decided to transfer schools in order to hopefully walk on at a different school and play for them with a rebuilt swing. Unfortunately, that was not the case. I was theoretically left in the dust for competition golf, almost 10 months behind my initial progression to professional golf. Thankfully, I was introduced to the NCCGA through a friend on the varsity team at Queens. I played in a couple tournaments and did not have the outcomes I expected, but I felt whole again playing competitive golf. Playing club golf was similar to varsity golf for me, but what I liked most was that NCCGA welcomed me to play even though I was not in my best form. All swings are welcome and any student from any college can play.

My story would not be my story without the NCCGA. Being a part of the NCCGA has been an unforgettable experience. I have made connections and friendships I would have never been able to make without club golf. I have been through the up’s and down’s of a competitive golf career, and to anyone who has had an injury for any sport and been told they could not play again, my advice would be to never give up on your dreams, because you never know what lies ahead once you take the first step to your own success. Everyone wants to tell you to chase your dreams, but not many people or organizations help you get to those dreams. The NCCGA helped me fully complete my comeback to competitive golf from an improbable injury. Who knows maybe I'll follow in the footsteps of many other successful NCCGA players like who have used the NCCGA experience to walk-on to the varsity college golf program later in their college career. All I know is, hard work, dedication, and being able to bounce back from a bad break is needed in life, just as much as on the course. Thanks NCCGA for being there when I needed golf most!

Previous article
Instagram tips for golf clubs and teams
Next article
How Are Campus Rec Departments Adapting to COVID-19?