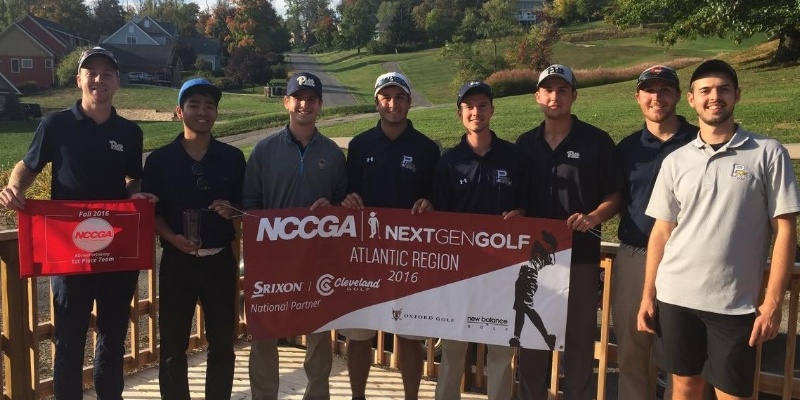 Another week of club golf in the books, and one more week until the field for nationals is officially set. Seven more teams punched their ticket to Walt Disney World Resort, while countless others fought hard only to fall short. Congratulations to the winning club teams from this weekend. Here's the full recap of action from October 15/16 tournaments: 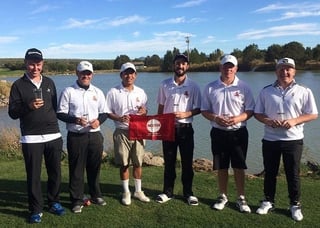 The final Desert Regional took place at Silver Creek Golf Club in Show Low, Arizona, and the Arizona State club golf team went low to claim the tournament and the regional title. Trailing Grand Canyon after the first tournament, ASU found themselves down 2-strokes entering the second round. Needing not only to win, but win by 14-strokes or more to have a chance at the nationals bid, the Sun Devils went low with a 393 team score to do just that.

Uniquely, GCU and ASU finished both tournaments in a dead heat with 9 regional points each. The first tiebreaker to determine a regional champion is total tournament score, in which case both teams had the exact same score of  The next tiebreaker went to each team's 6th man, and the Sun Devils won out to earn the bid.

The Metro Region hosted their final tournament of the season at Water Gap Country Club in Pennsylvania. Fairfield won the first tournament, and were looking to clinch their first ever bid to Nationals. Not able to play in the first tournament, Lafayette roared to life in tournament #2 to take home first place. Fairfield finished second, followed by Sacred Heart in third. Lafayette was led by medalist Evan Kenagy's 70-75 (+1). However, the second place finish was good enough to clinch the region for Fairfield. They emerged with 9 regional points, followed by Lafayette's 6, and Southern Connecticut's 3. 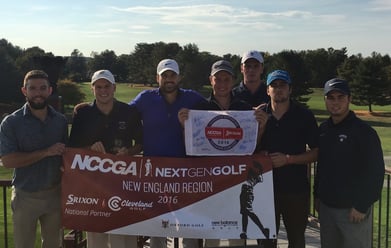 The first tournament of the New England Region a couple weeks ago was turned into an 18-hole event because of weather. This week's tournament went a full 36-holes and the University of Connecticut emerged victorious. The Huskies took an early 17-stroke lead after Day 1, and extended it even more on Day 2 to win the tournament and the region. Providence College finished in second, followed by the UConn "B" team. Providence's Joseph Dechirico earned medalist honors (72-75).

The North Carolina Region traveled to Carolina National to determine its regional champion. UNC Chapel Hill, coming off a third place finish in the first tournament, topped itself by finishing first and claiming their first tournament victory in more than two years. The Tar Heels finished 4-strokes over UNC Wilmington, while NC State placed third. The victory wasn't enough for Chapel Hill to overtake Wilmington in the regional standings, so the Seahawks will be headed to Disney. Joey Funderberg led Wilmington as medalist with a 71-74 weekend.

Northeastern's victory in the first tournament, coupled with its second place finish this time, helped them clinch the regional championship and punch their ticket to Disney. 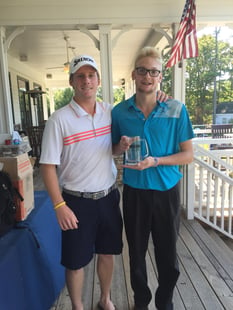 The final Philly Regional of the season was hosted by Sand Barrens Golf Club in New Jersey. Villanova was looking to wrap up the regional title after winning the first event. The Wildcats went low both rounds to run away with the region, shooting team scores of 373-377 to win by 17-strokes over second place Delaware. Medalist honors were determined with an on-course playoff between Kutztown's Blake Reifsnyder and Delaware's Matt Bastian. Reifsnyder tapped in for bogey on the first playoff hole to emerge victorious.

Since joining the NCCGA, the Golf Academy-Carlsbad team has dominated the Southwest Region. Consider it a new year, as the first regional of the semester went to the UCLA team by 17-strokes. GAA finished second, and Southern Cal placed third. The Bruins went low both days, shooting rounds of 382-370 to roll to victory. UCLA was led by medalist Claire Malley who shot rounds of 74-65 (-1).

The first ever NCCGA tournament in Utah included students from Boise State, BYU, and Utah Valley. Boise State's team put up an impressive performance, led by medalist Tyler Chapman. The small event will help jumpstart the region and provide a great path for the area moving forward.