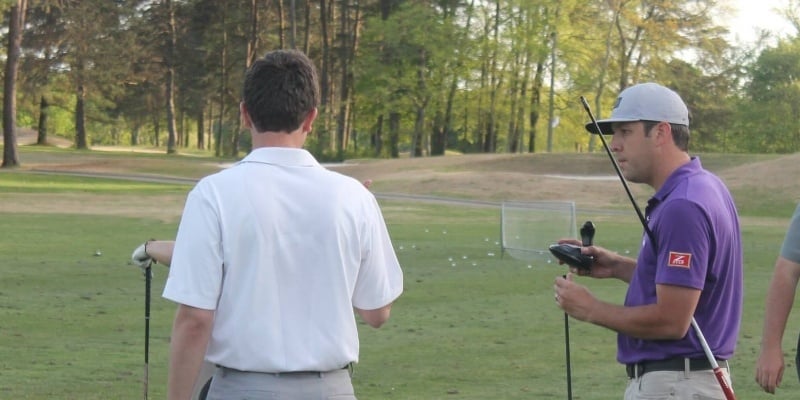 Srixon has enjoyed much deserved success at golf's highest levels this year on both major tours. Most recently Cameron Champ won the 3M Championship trusting the ZStar XV ball, Minjee Lee winning the Amundi Evian Championship and Hideki Matsuyama winning The Masters. It is no secret that Srixon continues to show worldwide that their equipment is supporting and allowing the best players worldwide to edge out competition.

The Srixon Ambassador program run through Nextgengolf allows members of the NCCGA and City Tour to play those same clubs and balls in order to continue improving and playing their best golf. This year, ambassadors have outfitted their sets with the new ZX line of irons, ZX woods and Zipcore wedges to go along with ZStar and QStar Tour Divide golf balls. Ambassadors are raving about the performance and distance gains they are experiencing with the new products. Don't take our word for it, here what they have to say!

“My driver went from my least consistent club in my bag to my strength since switching to the ZX5 driver. I know I am going to hit the fairway whenever I need it most.” - Chris Chao

What do Chris Chao and Hideki Matsuyama have in common? Other than their great sense of style on the golf course, it is the ZX5 driver in play. Chris this year who has been an ambassador for over 3 years has switched to the ZX5 driver and hasn’t looked back. The ZX5’s rebound frame has allowed Chris to gain more confidence on off center hits with delivering insane distance and better ball speed than his old driver. Hitting fairways and greens is the key to Chris’s game and pairing the ZX5 and the ZStar ball has been a game changer.

“As I progress in golf, the ZX7/5 combo set provides the consistency and shaping I need in lower clubs and the forgiveness in longer irons, all with an amazing feel throughout the bag.” - Craig Walton

Combo sets have allowed players to take their game to the next level by utilizing the technology in the ZX5 irons to promote forgiveness in long irons, having the ZX7 irons give confidence to drop it close and score better all while maintaining the signature forged feel Srixon is known for. Craig has been gaming the ZX5/ZX7 combo set this year and is on his way to a low single digit handicap number.

Previous article
5 of the Top Golf Destinations in New York
Next article
Indoor Golf: 5 Places to Play Around Columbus