The Intrepid Golfer: Buying My First Set of Clubs 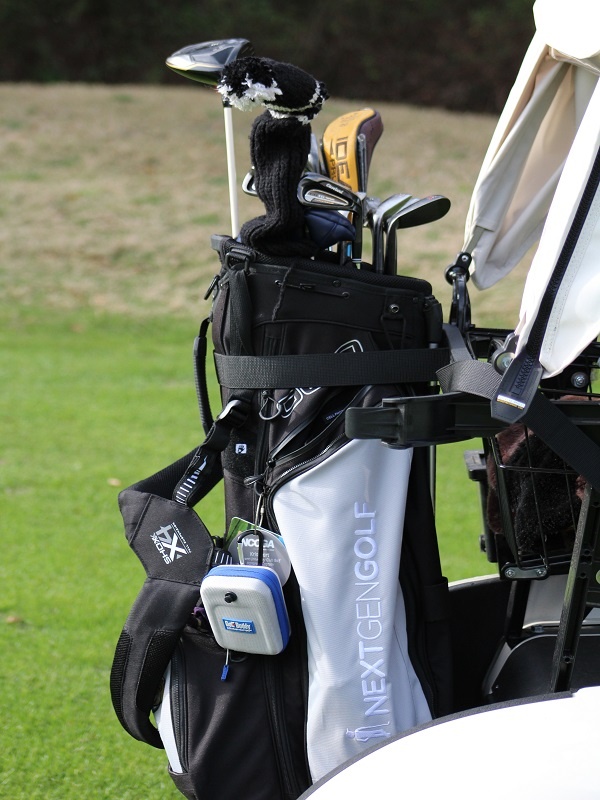 I’ll just get this out of the way right now – I’m a new golfer (gasp).

I grew up playing soccer and swimming competitively, and after graduating from Boston University in 2010, I picked up running and boxing. I’ve completed two marathons and generally consider myself to be a pretty athletic human being.

Then I started as the Marketing Director for Nextgengolf, and learning to golf was par for the course (pun totally intended). No big deal right? It’s the favorite sport of cigar-smoking men, and doesn’t involve running or giant muscles.

I’m not going to sugar coat it – learning how to golf is one of the most intimidating things I’ve done. Yes, even more intimidating than running my first marathon. Most of the people who golf tend to be introduced to the sport as teens or even younger. Because of that, patience for beginners seems to run a little thin. I’m 27, and while I’m no slouch at mini golf, an 18-hole game with co-workers who’ve been playing since they were children is intimidating. What if people won’t wait for me to get it right?

My friend Christina, who has been golfing her whole life, has graciously taken me under her wing. She swooped in like a guardian golf angel and told me what I needed. She showed me how to properly hold a club, and gave me feedback on my Happy Gilmore-esque swing (ie. don’t do it).

In short, you don’t give a 16-year-old the keys to a Ferrari. I was in the market for the Honda Civic of golf club sets: a Driver, 3 Wood , 5 Hybrid, 6-9 Irons, a Pitching Wedge and a Putter. Only the essentials.

I walked into a chain sporting goods store with a printout of the set I’d found online and headed into a section I had never been into before: the Golf Pro Shop. I was greeted by a sales associate right away. But our conversation wasn’t as smooth as I’d hoped for.

Sales Associate: What can I help you with?

Me: I’m a new golfer, and I’m looking to pick up a set of these clubs. (Points to printout)

Sales Associate: Oh, those are for, like, people who have never golfed before. You don’t need those.

Me: Um, yes. I do. I’ve only gone to the range twice in my life. I’m as beginner as they come.

Sales Associate: Ah. See, most people don’t admit they are that much of a beginner. Are you sure you really want those though? Maybe you should just rent clubs or borrow from a friend. Golf just isn’t for everyone, and it’s really hard to learn how to golf. Lots of people aren’t patient…

Me: Do you have the set? Online it said you still had some in stock. I was really hoping to buy a set to use during my lessons.

Sales Associate: I think we have two of those left in the back. I’ll go and get it for you, I guess.

After a couple minutes, he returned with the women’s set I wanted. He told me I was lucky that I picked them up, since the store doesn’t get many sets of women’s clubs.

I understand that golf is mostly a sport for seasoned players, but when someone wants to learn, shouldn’t everyone be willing to share their love of the game?

As I left the store hauling the 20-pound set of clubs over my shoulder, I realized I learned a valuable lesson:

Some people have patience.

You don’t need the latter in your ‘learning how to golf’ life.

I wave my newbie golf flag high. If you are new to the game, I hope you do, too. You can catch me practicing how to properly hold and swing my new clubs at driving ranges in the Greater Boston Area. If you see me, come and say hi. I can only get better from here, right?

Do you have a story about being an intrepid golfer? I would love to hear from you