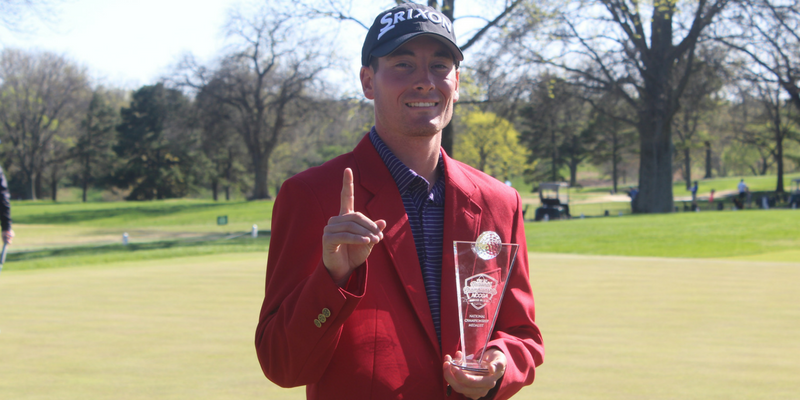 Winning a golf tournament is hard to do. Putting together four rounds of great golf and putting yourself in the winners circle has to be a great feeling. When you win professionally, it is all about the money but what some people forget are the trophies that the winners usually get. We will take a look at the ten best golf trophies in today’s age. Let us know what you think and feel free to remind us if we forgot any on your list.

1. NCCGA Red Jacket: Topping off this great list is the National Collegiate Club Golf Association's coveted Red Jacket. Given to the low individual, this beautiful red blazer is sure to be worn around campus after defeating the rest of the field. Our current Red Jacket winner is Jordan Yamamoto from Grand Canyon University, who played some solid golf at the NCCGA Championship hosted by Norwood Hills CC in St. Louis, MO.

2. Masters Green Jacket/Trophy: Falling just short of the top spot, the most famous jacket in sports finds its way on this list via Augusta, Georgia. The Green Jacket is given to the winner of golf’s best tournament. Winning the first major of the year is a massive accomplishment and getting a lifetime exemption to come back and play every year is worth all the blood, sweat, and tears. What some people do not realize is that there is a trophy that comes along with the jacket. The trophy is in the shape of the Augusta National clubhouse and it looks exactly like it.

3. Wanamaker Trophy: Coming in at #3 is the Wanamaker Trophy! The PGA Tour's fourth major will be played at Bellerive CC in St. Louis, MO. This trophy is a  large, handled, old fashioned trophy that looks beautiful each time it is brought out to the PGA Championship winner. The 2017 PGA Championship gave Justin Thomas his first career major and the trophy was just as big as him! Looking forward to another great year of majors.

4. Ryder Cup: Who remembers Rory and Patrick Reed during their singles match in the 2016 Ryder Cup? That match was truly exhilarating in every aspect and it showed the pride that each one of them have for their countries. Team USA came out on top for that Ryder Cup and they were given the 17 inch, 4 pound, gold trophy.

5. Claret Jug: The third major of the PGA Tour season is The Open Championship. The Claret Jug is one of the tougher ones to collect as you must play links style golf courses across the pond. There is usually a 100% chance of rain and wind that you must overcome. The trophy itself has lots of history to it and many winners fill it with champagne after a victory! Jordan Spieth walked out of Royal Birkdale last summer with the jug after an impressive three shot victory and another major to add to his collection.

6. Quicken Loans National: Down in Potomac, Maryland, The National is hosted at TPC Potomac or Congressional Country Club usually in June or July. This very detailed trophy of the Capitol building in Washington DC is sure to put a smile on your face. Even though the trophy is not very large, winning this tournament with a pretty strong field is a great accomplishment. The 2017 winner of this event was Kyle Stanley, defeating Charles Howell III in a playoff. 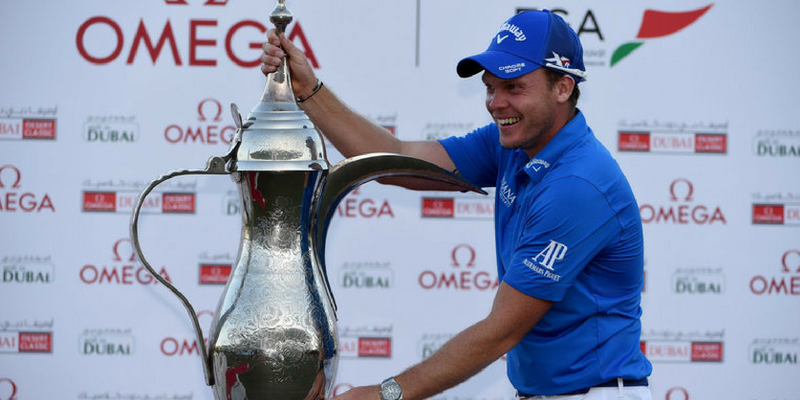 7. Dubai Desert Classic: Headed out West to the UAE, the Dubai Desert Classic is one to surely catch your eye. The trophy is massive and hard to even pick up. Most winners just take a knee to pose with the trophy so they do not hurt themselves. Previous winners of this great trophy include Tiger, Rory, Sergio and currently Haotong Li with a -23. Haotong set the course record with that score, which will be tough to beat.

8. John Deere Classic: One of my personal favorite trophies on the PGA Tour comes in at #8, the John Deere Classic trophy. This event is held at TPC Deere Run in Illinois in July and is typically played the week before the British Open. The trophy has a deer leaping with a rock cliff, which is designed to perfection. This is the first PGA Tour trophy that Jordan Spieth ever received and is currently being claimed by everyone’s favorite player, Bryson DeChambeau!

9. Hero World Challenge: Here at #9 we have the Hero World Challenge trophy. This tournament is hosted by Tiger Woods himself and it takes place in December in the lovely destination of the Bahamas. It hosts the top 18 players in the world and it’s usually a pretty competitive event. It is currently being held by Rickie Fowler. The trophy itself has a tiger on top of the trophy with his paw on the world. If TW designed this trophy, I applaud him for doing so but now we are all just waiting for him to win on tour again!

Previous article
4 things I found on my Myrtle Beach buddies trip
Next article
US Open preview: What no one is talking about