Earlier this month, I was extended the unique opportunity through Nextgengolf to tour the Srixon / Cleveland Golf headquarters in Huntington Beach, CA. As a self-admitted golf junkie and brand ambassador of Srixon / Cleveland, I was quite excited to see how a world class golf equipment manufacturer operates behind the scenes.
My tour began right outside the Research and Development facility. While I was not granted access to the facility, I did learn about the planning process for the next generation of all Srixon / Cleveland products. Just recently, Cleveland released the latest RTX series wedge, the RTX4, to rave reviews. Within days, the R&D department began its preliminary meetings to begin design and production of the next series of wedges. Though not surprising, this detail laid the groundwork for the remainder of the tour and highlighted just how much commitment to quality that the company has.... which leads me to our next stop - marketing.
Srixon / Cleveland's marketing is almost exclusively done in-house, a very impressive feat for a company that has multiple product releases globally each year under multiple different brands. We were shown the green screen and white room where many of their ads are shot, and the room included one of the coolest boardroom tables that I have ever seen. 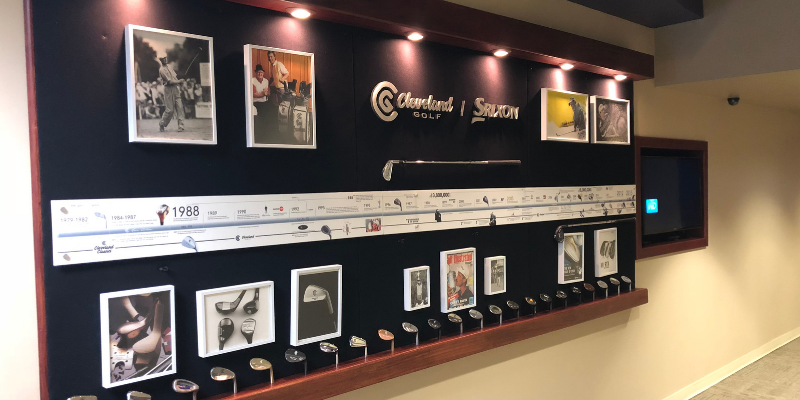 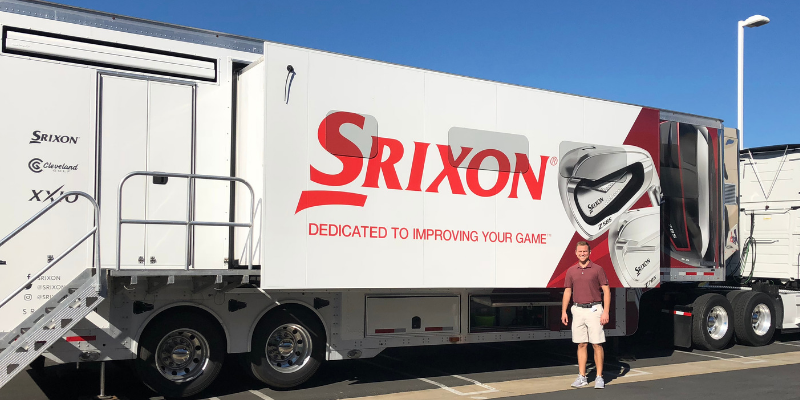 After learning a bit about the history of the company, we transitioned back to the tour department and its players. As we made our way through the players department, I was able to see where all of the equipment is built and stored for Srixon / Cleveland's tour staff. After a brief look at the tour department at HQ, we made our way to my favorite part, the tour van. New graphics had been added to the van, showcasing the new drivers and wedges that were released this fall. Inside the van was a true golf junkie's dream, including tuning equipment, shafts, balls, hats, clubheads, etc. It was pretty surreal being in the same tour van that major champions rely on week in and week out.
As we made our way into the true warehouse itself, it became very evident how much of a family dynamic it is to work at Srixon / Cleveland. As we toured the factory, we were introduced to many of the long tenured staff, some well over thirty years. It was refreshing to see such loyalty here as you can easily observe just how much their culture fosters a quality product.

As the tour concluded, I was able to try out some of the new equipment that had been debuted over the last few months. As someone who already plays Cleveland wedges, my eyes naturally gravitated toward the different grind, sole and finish options available with the new RTX4 wedges. I then turned my attention to the new Srixon Z785 driver and U85 utility irons. The new driver is everything Srixon has promised and more. Not only was it fast, but it looked fast! Sound and feel exceeded expectations as well. While many drivers on the market today are touted as being long, they sometimes miss the responsiveness and feel that many players prefer. These drivers deliver! Somehow, Srixon was able to create the perfect combination of feel and distance that inspired confidence at address.

All in all, the tour was not only fun, but it was enlightening. I'm proud that I play clubs that are produced by so many dedicated individuals who love working where they do. Thanks to everyone who made my visit possible, I could not have enjoyed the experience more!