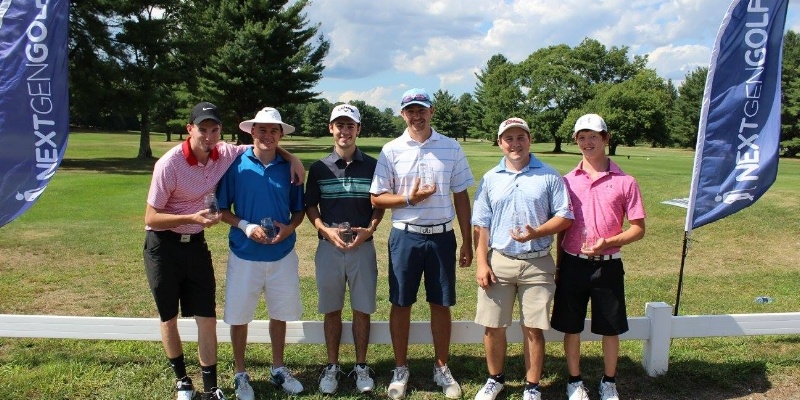 The 2016 City Tour season has officially wrapped up all qualifying tournaments! The season began a little less than three months ago on May 15th, and now teams are punching their ticket for the 2016 City Tour Championship taking place in Atlantic City at Seaview Golf Resort in September. The final weekend marked the last opportunity for teams to climb the rankings and earn a spot in the championship.

Here's all the action that went down in each city across the country.

The team of "Gerr Naked Lades" rolled to an 11-stroke victory in the best-ball format of the Atlanta City Tour at Bear's Best Golf Club, with "Dude Where's My Par" taking home the scramble victory. The pair of Tyler Hogan and Johnny Garstka tied at the top of the leaderboard with Connor Cousens and Brent Battson at 71 (-1).

Team "Old Balls" rolled the field in the Bay Area finale, posting an impressive -10 scramble score to win by 11-strokes. Kevin Yates and Shaheen Shamsavari matched Steven Portela and Matthew Kurihara at-5 for low pair honors. The victory helped "Old Balls" lock up a bid to the 2016 City Tour Championship in Atlantic City, as they sit at #17 on the scramble format amateur golf team rankings.

Thanks to regional sponsor 18Birdies for providing swag for the Bay Area City Tour participants. Stay tuned for more details on the 18Birdies event taking place at the City Tour Championship next month!

"Birdie Bandits" edged out the "Northeastern Huskies" by a single stroke to claim the best-ball format victory, while "The Bombers" continued to go low by posting a -10 scramble score to win by 7-strokes. The pair of Kyle Deluca and Robbie Barton of "The Bombers" dropped a 63 (-9) to beat out Fergus Keane iii and Austin Alves for scramble low pair honors. Cody Phillips & Jonathan Wahl earned best-ball low pair with a 70 (-2).

The low pairs, closest to pin, and long drive winners received tickets to the 2016 Deutsche Bank Championship at TPC Boston on September 2-5. 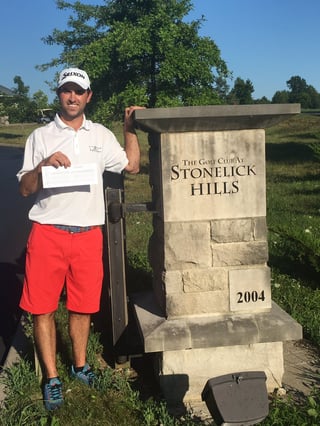 The team of "Schoolboy Sandbaggers" scored a 5-stroke victory in the best-ball division, posting a 146 (+2) over "Grip It and Sip It", led by the low pair of Mark Mclean and Curtis Ferland.

"Smit Happens" shot a -3 in scramble to walk away with a 9-stroke victory over "DePaul and Friends 2". Joe Ferrari and Mike Ferrari shot a -10 scramble score to outlast Blake Harber and Marcus Lindroos (-4).

Team "Smit Happens" and "Grip It and Sip It" earned bids to the City Championships after their performances this summer.

The story of the Cincinnati City Tour was all about the fall of a course record. City Leader Sean Keating fired an individual round of 65 to topple the existing mark at Stonelick Hills Golf Club. Despite 3 (THREE!) bogies on the day, Keating made up for it by notching two eagles and six birdies from 6800 yards.

Team "Slice and Dice" (featuring Keating) ran away in best-ball format with a 15-stroke victory, while "Ballz Corp" finished first in the scramble format at -2.

The Tribute Golf Club hosted the Dallas City Tour finale with bids to the City Championship on the line. "Baylor" earned a tie-breaker victory to win the best-ball format at -2 over "Ke Andrews", while "Balls Deep" outlasted a tight and low race in scramble. "Balls Deep" shot -12 to defeat "Strangers" at -10. Danny Kim and Matt Rufca tied as best-ball low pair with Brennin Hardy and John Wheeler, both pairs at -2. Matthew Lawrence and Jacob Fauss shot -6 to tie teammates Eric Daniel and Bret Michaelis for low-pair in scramble.

No scores posted yet. Check back soon!

"Team Albatross" cruised to a victory by 11-strokes to win the Detroit City Tour scramble division. One of the newest cities on the 2016 tour, Detroit capped off a wildly successful first summer. Chad Smith and Matt Wilson of "Albatross" posted a -6 to tie Keith Jubb and Jason Accorsi of "Knicker Doctors" for low-pair honors.

Team "Tour Sauce" claimed a 11-stroke victory in the Houston City Tour best-ball division, led by the low-pair of Kevin Hamori and Logan Hess (+4). "Golf Boyz UH" earned the victory in the scramble division at E. Chance Redd and Matt Rogers paved the way with a scramble score of -2.

Team "Tin Cup" left little doubt in the Milwaukee City Tour finale, putting up an impressive -15 score in the best-ball division to walk away with the team title. "UWM Club Golf" finished second at -6. Tim Buske and Colton Duwe shot -9 as a pair to lead the way. 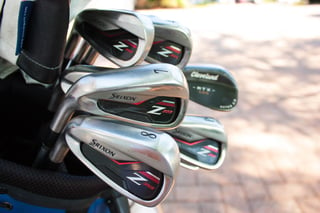 As the only team to shoot under-par, team "Never Lay Up" finished in first in the best-ball division at -2. Golf Match App placed second with a +7. "Mediocre At Best" earned the victory in the scramble division at +6. Michael Lee and Johnson Ko notched low-pair honors in best-ball at -5, while Daniel Torcasi and Brian Egal shot -3 in scramble.

The "Delaware Club Golf Summer Squad" looks to be in peak condition heading into the NCCGA season, as they claimed the best-ball division victory as a team at -3. Kyle Plusch and Matt Maronski finished as low pair at -2, followed closely by Nick Vecellio and John Albenzi at -1.

Team "9th Green at 9" won the scramble division at (ironically) -9.

Team "Team FOD" rolled to victory in best-ball at -5, while team "The Pitt6" put up a ridiculous -17 as a team in the scramble division. Max Doran and Matthew Fisch put up a 61 (-11) scramble score as a pair, and Alex Angelone and Dan Maier shot -3 to earn low-pair honors in best-ball.

Team "San Diegos Finest" earned victory in best-ball with a -10 team score, led by the pair of Erin Peavy and Serena Hou's -4. In scramble, "Dt Faka Down The Fairway" shot -13 to emerge victorious. Daniel Nelson and Brett Daly led the way at -9.

The team "Weatherby Allstars" finished in first in the best-ball division with their +3 performance. Pairs Nick Jonah and Steven Eshkenazi, and Kevin King and Evan Swaysland, both fired -1 rounds to tie for low-pair.

The Nextgengolf City Tour hosted 58 tournaments this summer, spanning from San Diego to Boston and involving college students, young professionals, and those about to exit the "millennial" age limit. Thanks to everyone that made it a success, and now the countdown begins to the 2016 City Tour Championship at Seaview Golf Resort in Atlantic City.