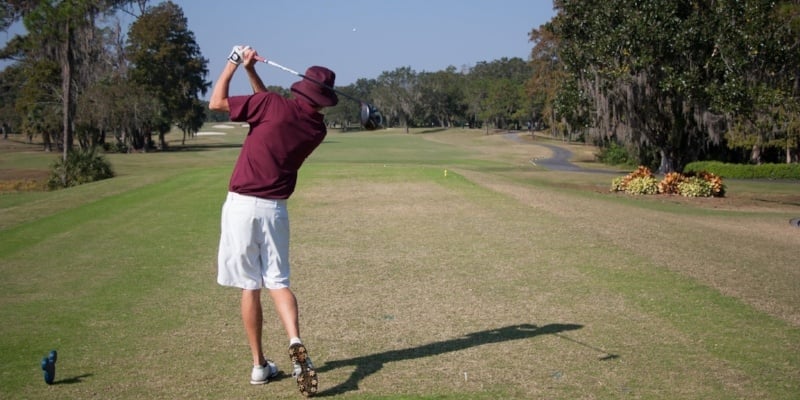 Opening weekend of the Spring 2017 NCCGA season kicks off with four tournaments, including two of the most competitive regions in the country. The Desert, Ozark, Southwest, and Texas Regions will be taking advantage of their area's warm weather to start the season early. Combined, 32 of the top 100 players in the Fall 2016 individual rankings came from these four regions, including individual national champion Tyler Ware.

We will be putting together a regional preview for all 27 regions, with each region’s preview being released the week of their first tournament. Before we dive into the previews, here's who the NCCGA Student Leaders (and guest picker Mike Dunphy from Srixon) selected to win the region, and finish second. Note: These picks are who will win the region after completion of both tournaments. These may differ from the Student Leaders' week-to-week tournament picks.

GCU has still yet to make their first team appearance at nationals, but has sent individuals to the last two championships (Zachary Capel, Jordan Yamamoto). GCU club president Joe Knight is feeling very confident heading into regional #1 this upcoming weekend.

“Our top four or five guys have been playing almost every day, all are capable of rounds in the 60s if they play well” Knight said. He also said “ASU is suppose to have a couple of new guys, who are good enough to play the varsity team." With that being said we should have a great tournament at Antelope Hills. 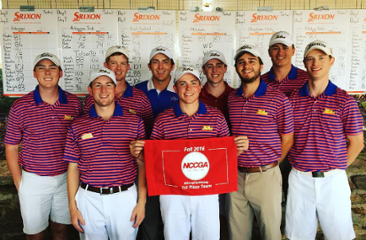 The Ozark Region proved it could possibly be the best in the country last fall in the first regional tournament, when 6 of the 7 teams broke 400 on both days. Tulsa claimed the tournament title with a very impressive two day score of 739 (+19), 3 other teams all finished within 20 shots (Arkansas Tech, Oklahoma State, Oklahoma). The #1 ranked golfer in the spring 2016 rankings, Brandon Strathe (Tulsa) claimed the individual title with a score of 70-71 (-1)

In the 2nd regional tournament, things did not go the same way. Not one of the teams was able to break 400 on either day. Tulsa again came out on top edging Arkansas by one shot. Tulsa’s Francisco Yanez and Arkansas Tech’s Hunter Mobley led the way with 2 day scores of 148 (+6).

Both tournament victories gave Tulsa the automatic invite to Disney. Considering this was their first semester as a club, it was a very impressive accomplishment. Matthew Wells decided to start the team over the summer after the NCAA Division 1 team was no longer in existence. He was planning on attempting to walk on to the team in the fall but that obviously was not an option anymore. Wells was able to acquire two of Tulsa’s previously varsity golfers to join the team right away (Yanez & Matthew Marquez), making them an instant contender. During the winter another former DI golfer joined the team, Sebastian Smith. With the addition of Smith, Tulsa should be even better this spring, and Wells is liking their chances “We feel that if we play to our potential we should beat anyone in the region."

The Southwest Region is not the largest region, but it is still full of talent. GAA Carlsbad was a top 30 ranked team in both the spring and fall (6th and 29th). UCLA cracked the top 15 in the fall season during its trip to Nationals. We saw 3 sub 70 scores from the Southwest last fall, including a 65 from UCLA’s Claire Malley (arguably the top female golfer in the NCCGA). This region featured 6 of the top 100 golfers in the fall rankings, which is very impressive considering the largest tournament field was a mere 35 golfers. 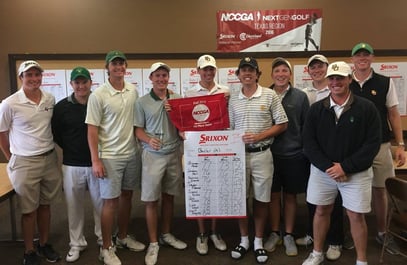 The Texas Region continued to be one of the most dominant regions in 2016. Baylor had a top 20 ranking at the end of both the fall & spring. Both the University of Texas and GAA-Dallas also had top 5 rankings in the spring.

The region had two of the top 5 ranked golfers in the NCCGA last Spring (Blaine Butner #1, and Carson Stepler #5. In the fall of 2016 Tyler Ware (Texas State-San Marcos) was the #4 ranked golfer heading into nationals, then fired a 1-under par (72-71) to take the individual national title in Disney.

Baylor will be going for their 3rd consecutive Texas regional tournament victory this weekend, after cruising through both tournaments in the fall. Baylor Club President Lincoln Smith has high but reasonable expectations for the club again this Spring.

“I do not expect anything less than winning the Texas Region, and returning to nationals.” said Smith.

Through 9 qualifying and practice rounds this spring, Baylor currently has 10 club golfers sitting at +10 or better. Bruce Popp, Patrick Blounian, and Smith have played the best golf on the team up to this point in the season and look to continue that this weekend at Horseshoe Bay Resort (Ram Rock), a course that the Baylor team is very familiar with.