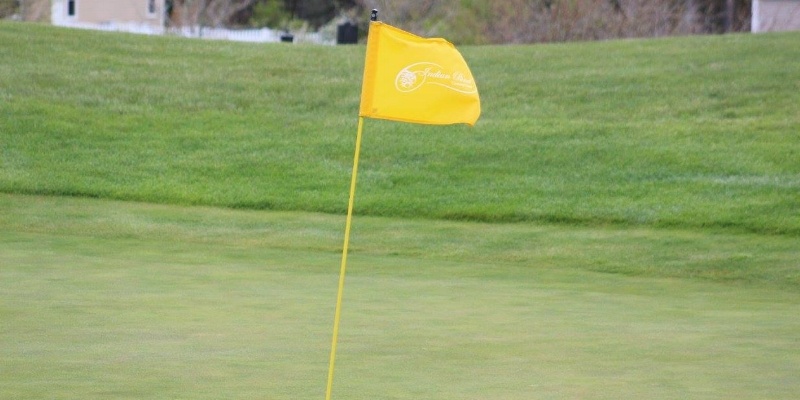 2016 has been a rough year for men's varsity college golf programs. In 2016 alone there have been 7 men's golf programs cut from their school's athletics. Compare that to 4 cuts in 2015, and 0 in 2014 (after Furman reinstated their program after cutting it briefly). The main culprit, at least according to public statements, has been budgeting. There's simply not enough money to go around, and golf has been on the chopping block. 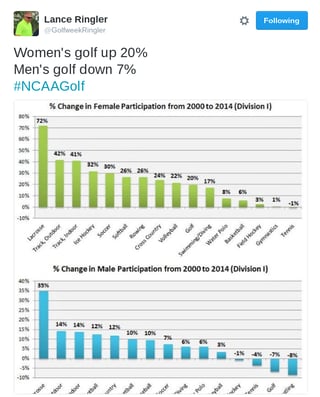 One of the biggest cuts of 2016 was from the University of Tulsa. The cut drew the ire of a sophomore on the Hurricanes golf team, who wrote an open letter to the Athletic Director on the decision. According to the Tulsa World the school had to eliminate $500,000 from its athletics budget for the upcoming year, and cutting the golf program is expected to save $520,000 per year.

Tulsa was followed quickly after by the University of North Dakota and UMass-Lowell, all Division 1 programs. Owens Community College cut their men's program, Southern Illinois University-Edwardsville cut their women's team, and East Central University cut both men's and women's golf.

"This is one of the most difficult decisions that we have ever made as a department, because it impacts the lives of current student-athletes,” said Brad Hewitt, SIUE director of athletics in a press release. “However, it became readily apparent that with the declining state appropriation and the University’s defined approach to managing that budget issue, we would not be able to continue to fund and support 18 sport programs at a level that is consistent with this department’s culture."

The NCCGA has become a place for some of these schools to continue its golf program in a more budget-conscious manner. A standard club golf team budget is under $5,000 for an entire year of participation (including team dues and four regional tournaments for 8 students).

Providence College was under a similar situation in 1998. The school cut the varsity golf program, as well as baseball and tennis, to become Title IX compliant. Golf returned in 2012 as a NCCGA club team, coached by former team member John Conley, and now fields an A and B team in the NCCGA New England Region.

The school is able to support a club golf team at Providence at a fraction of the cost it would take to fund a varsity team. It also allows golfers on campus an avenue to play competitively with other schools across the country.

Pittsburg State University's former varsity golf team, composed of six seniors, will also be competing in NCCGA tournaments this spring after their program was cut recently by the school. In total, Providence, Portland, American, Point Loma, Duquesne, Truman State, and Quinnipiac all have club golf teams involved in the NCCGA the past year.

No one likes to see a golf program get cut, it affects the entire roster of student-athletes and either forces them to transfer, or give up competitive golf altogether. We're proud here at the NCCGA that we've been able to help a few of these schools, and students, stay involved in golf in college.

Want to know how Nextgengolf and the NCCGA can help non-varsity and former varsity students play golf in college? Visit the NCCGA's homepage to learn more, or send a note anytime to travis@nccga.org.