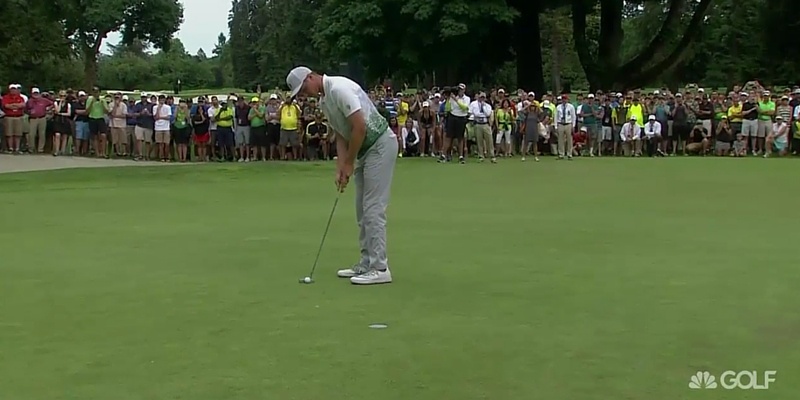 The second full season of both the men and women determining a champion via matchplay provided for an unbelievable finish. After Texas spotted Oregon a 1-0 due to Beau Hossler's injury, the Longhorns battled back to tie the championship at 2-2, with only one match remaining.

Sulman Raza (Oregon) and Taylor Funk (Texas) were all square after 18 holes, and wouldn't have a winner until the 21st hole. Funk two-putted from 20-feet, and Raza drained his five-footer to claim the match and the 3-2 championship.

On the women's side, the Washington Huskies didn't need three extra holes to win their championship. Only two.

After multiple incredible hole-outs, the Huskies looked like a lock. They had a 2-1 lead and their third point was up by three with three to play. But Stanford rallied back, before eventually falling on the 20th hole.

Both titles were the first-ever championships for the Oregon and Washington golf programs.

After Oregon's victory, the biggest storyline to emerge from the men's side was Beau Hossler's injury. The soon to be professional, Hossler injured his shoulder in the semifinals, and ultimately determined he was too hurt to help his team. However, rather than substitute a healthy player, the Texas team was forced to concede the match.

Unlike in the NCCGA, there are no substitutions allowed in NCAA golf, for injury, performance, or anything. It's been discussed before by the coaches, but ultimately the rule has lasted this long. Maybe not too much longer though. Lance Ringler of GolfWeek looks at the potential change.

The team National Championship was only part of the celebration for the Oregon men's golf team. Sophomore Aaron Wise claimed the individual championship on Monday night, defeating USC's Rico Huey. 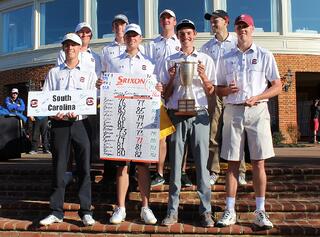 A notable streak has been extended at least another year. No school has EVER won the NCAA and NCCGA college golf championships in the same year.

South Carolina won the NCCGA Championship this season in dominating fashion, but their varsity counterparts fell to Illinois after advancing to matchplay.

Now it's your turn, Oregon club golf, to break the streak.