Fraternity Golf: Byrne balances the best of both worlds 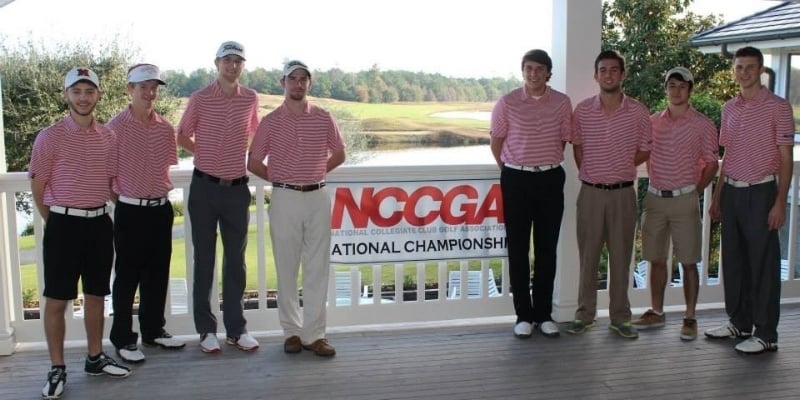 Thomas Byrne is a senior at the University of Miami (OH), serving as the President of the school's Club Golf team as well as an active member of the Pi Kappa Alpha fraternity on campus. Byrne said being a member of both has been great because he gets the best of both worlds.

When did you first start playing golf?

I started playing golf competitively when I was going into 8th grade. I never really took it seriously until I was able to practice and play a good amount. Once I began playing tournaments over the summer and in high school, I began to find myself out on the driving range almost every day.

How did you first get started playing club golf at your university?

Initially when I decided to attend Miami (OH), I hoped to walk-on to the Division 1 team. I participated in D-1 tryouts my sophomore year and made it to the last round of cuts. When I found out I didn’t make the team, I decided to tryout for the club team and luckily made the final roster. It has been a great experience thus far and I am happy with my decision to play club golf.

How does being in a fraternity affect your involvement with the club team (positive and negative)?

Being a member of a fraternity affects my involvement with my team in a more positive manner than negative. Being the president and an active member of Pike allows me to have a guaranteed handful of my brothers that are looking to tryout each year. Also, being in a fraternity can have a lot of connections that can help out our team and bring more talent to tryouts because of the large Greek life here at Miami. Looking at how being a part of a fraternity negatively affects my involvement, I can’t say much about it. Besides missing important weekends, like Dads weekend or a big party, for a NCCGA tournament, there aren’t many negative affects that come with being a part of both organizations.

We all know fraternity members think golfing is something "frat", but how many members of your house play golf for fun?

Actually, a lot of our members play golf for fun. It definitely is something that fraternities consider to be “frat”, but it is always a great time to go play a quick 18 holes with 4 or 5 brothers on a Friday afternoon, regardless of each player’s skill.

How many people on your club team are in a fraternity?

Do you think the NCCGA and Nextgen Collegiate is something all fraternities could benefit from?

I certainly think it is something that fraternities could benefit from because all college kids, especially fraternity guys, want an enjoyable experience at a low, affordable price. I know by signing up to Nextgen, there are discounts at certain courses and added incentives that I think any frat guy would not pass up. I know from personal experience, that if a course is too expensive or there aren’t any twilight deals, I will likely pass up on playing. Fraternities look for a social experience that is both reasonable and entertaining and I think the NCCGA and their tournaments provide that indefinitely.

** Matt Dohse is the NCCGA Director of Greek Life.