Suit up with Oxford Golf this season 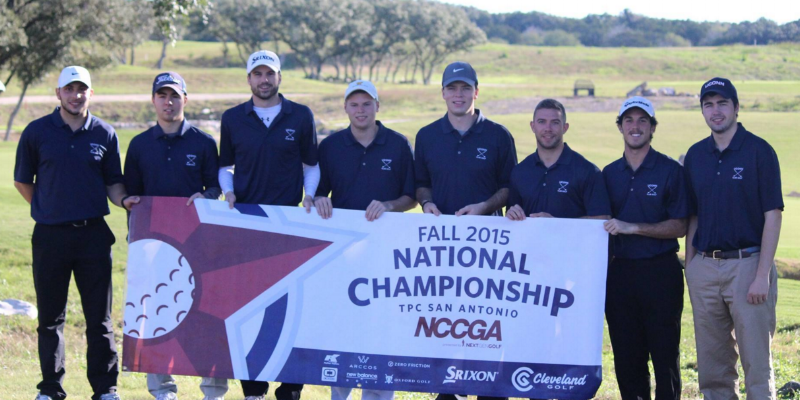 Oxford Golf was announced as the official Nexgengolf Apparel sponsor for 2015 earlier this year. Since that point, the support from the NCCGA club golf teams has been tremendous. Many teams and individuals have elected to purchase discount golf apparel.

Sporting their team colors and often times a school or custom made logo, teams showcased the Oxford Golf apparel options this spring. It was no exception at the National Championship at Bryan Park, where the Virginia Tech Club Team showed off their custom shirts.

”We chose to go with Oxford because of the notoriety the company had already established with golf apparel. The sponsorship with the NCCGA made the shirts even more affordable which was a huge plus" Virginia Tech Club President Sam Jones said.

"Oxford has a great variety of style and color and it was easy for us to find exactly what we were looking for. The customization and ordering process, mixed with Oxford's terrific customer service made the entire experience worthwhile!”

As we enter the summer months, now is the time for Nextgengolf City Tour teams and NCCGA club teams to begin thinking about taking advantage of these great apparel deals.