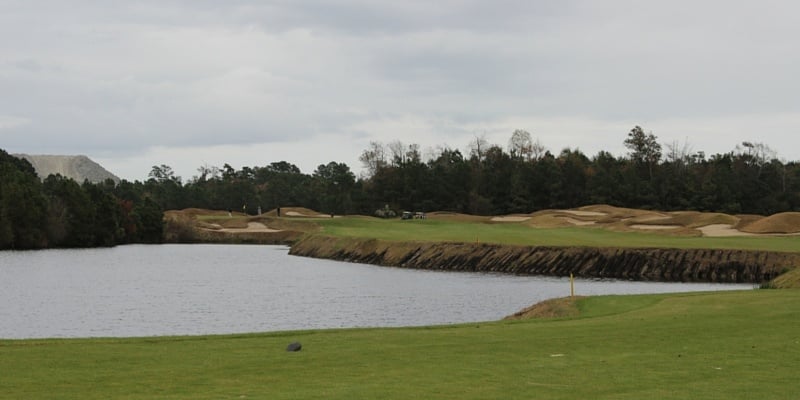 Who said Club Golfers Couldn’t Shoot in the 60’s? The NCCGA is lucky to have many talented golfers all across the country. These golfers included accomplished high school golfers, former AJGA junior golfers, former varsity golfers, as well as those that just love the game and have improved throughout their non-varsity college golf career.

Here's the Top 10 NCCGA tournament rounds posted in 2015, including both the Spring and Fall semester. We understand this list isn't exhaustive, and there were plenty of other performances that could have easily warranted a spot on this list.

Were there any performances that we missed? We'd love to hear from you on Twitter @NCCGA and @Nextgolfer!

Delaware Club Golf standout Nick Vecellio’s spring Philly Regional at Spring Hollow Golf Course started off slowly with an 80 on Saturday. No chance to be medalist? Think again, Nick fired a 66 on Sunday to narrowly eclipse Brandon Conrad’s impressive 77-70 to win by 1 stroke.

Villanova’s Tyler Stahle also represented the Philly Region well by dropping 10 shots from Saturday to Sunday with a sweet little 77-67 to squeak out medalist honors over his teammate Matthew Ade by 1 shot.

Colorado State’s Tyler Bricker wasn’t afraid to go low at the Mountain Regional at Highland Meadows Golf Course where he shot 70-67 beating the rest of the field by at least 5 shots.

Golf Academy’s Eric Eaton dropped a 67 on Sunday in the Southeast Regional this fall at Farmstead Golf Links; enough to earn him a runner-up finish just behind Georgia’s Adam Davis.

It’s nice to drop 12 strokes from Saturday to Sunday. It’s even nice when that 12 strokes comes off an 80. Michigan’s Luke Stull did just that at the Midwest Regional in the spring at Eagle Eye Golf Club.

Arkansas’s Dillon Young recorded an impressive 68 on Saturday at the Ozark Regional at The Golf Club at the Resort, creating a large enough lead to end up in a tie for medalist with teammate Parker Hale.

Florida’s Josh Dubberly shot 68 on Saturday complemented well by teammate Blake Herschberger’s 69 on Sunday. Florida was able to pull off an impressive North Florida Regional win with a team score of 724.