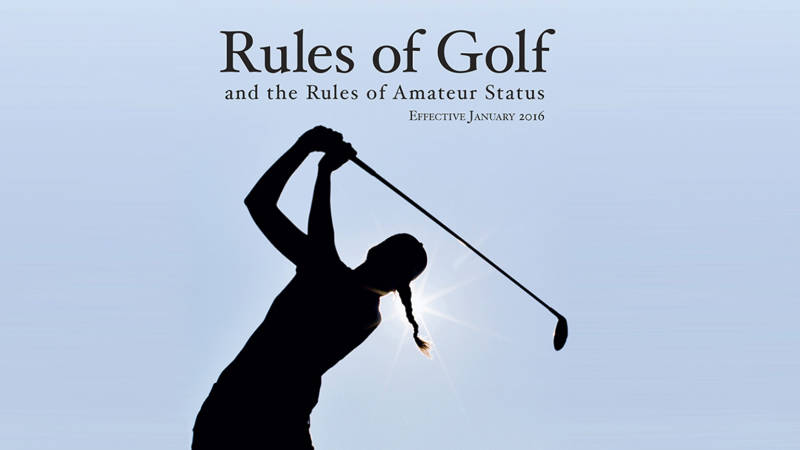 April is the best month of the year for golfers, period.  It's the start of the season for many across the country and most importantly, Masters week kicks off the PGA Tour's first major of the year.

Everyone saw what defending champion Sergio Garcia did on the 15th hole in round 1 just a year after playing the hole brilliantly. He hit five, yes FIVE balls in the water.  Sergio dropped 4 balls into play and properly followed the procedures for relief from the water hazard.  The 15th is remembered often as the hole of great controversy when Tiger Woods took a questionable drop after his ball caromed off the flag stick into the same pond in front of the green.

In light of Serio's 4 drops on the way to carding a 13 and the start of the golf season, I thought it would be fun to share a rules quiz for April!  You will find 10 questions with the answer at the bottom (don't peak!)

1. How many options of relief do you have for Red stakes/Yellow Stakes?
2. T/F - After taking relief from a cart path and dropping the ball in a great lie you are permitted to still have your foot touching the cart path during the next stroke
3. T/F- If a player’s ball comes to rest against a rake outside of a bunker he should drop the ball
within 2 club lengths of the spot it came to rest?
4. If unsure what a ruling is while on the course and there is no rules committee near what
action should be taken?
5. What is the ruling if a player accidentally moves his or her ball while searching for it?
6. T/F- If a player shows up more than 5 minutes past their starting time they are disqualified?
7. T/F- Out of bounds is defines by the outside point of the stakes at ground level?
8. If a player’s ball hits a power line overhead and drops what is the ruling?
9. If a player grounds his or her club in a hazard what is the penalty?
10. T/F- Loose impediments may be removed in a hazard in order to give you a better angle at
striking the ball?

(NO PEEKING BELOW THIS LINE UNTIL FINISHED)

3: False- They should remove the rake and place the ball where it was.

4: Rule 3-3 Play 2 balls and inquire with committee after the round during scoring.

5: 1 shot penalty and the player must replace it where it previously was before they moved it.

6: True according to the USGA Rules of Golf - However for NCCGA Tournaments players receive double par for holes missed and do not get disqualified for arriving late.

7: False - OB is measured from stake to stake from the inside point at ground level

8: Replay the shot with no penalty

10: False, Loose impediments may be moved through the green but not in a hazard.