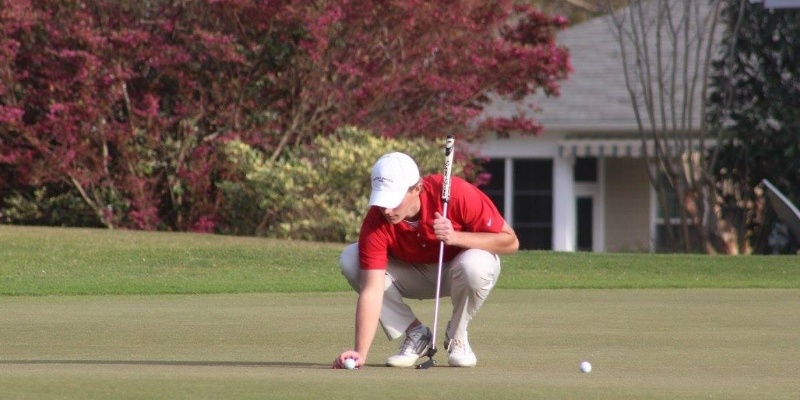 In the first three weekends of the spring NCCGA season there were fewer rulings than past semesters, but with 17 tournaments this upcoming weekend and 24 taking place the weekend of April 8/9 there are bound to be a some unique situations that will require rulings. We will be running tournaments in about every climate and weather condition you can think of, so we are bound to have some different situations.

This week's edition of the golf rules quiz takes a look at a potential rules issue when marking the golf ball. What would you have done if this scenario had happened to you or someone in your group?  The result and corresponding ruling are listed below to see if you chose the correct result.

Over the weekend a player went to mark his golf ball on the putting green and supposedly nudged the ball forward a few inches with his marker. The player did not return the ball to the original spot, and finished out the hole.

FUN FACT- It was later determined by the group in the scoring area that the ball was not moved, therefore no penalty was incurred.

In the future, if your ball moves it is smart to act in accordance with Rule 3-3 and play two balls, one from the place the ball moved to and another from the original location if you’re not sure if replacement of the ball is required (or you can look it up in your rule book!)

Which of the following would you get free relief from? (answer below)

If you have any questions on a ruling or procedure at your tournament, feel free to reach out to NCCGA Commissioner Matt Weinberger (matt@nccga.org), or NCCGA Director of Tournament Operations Adam Gracik (adamgracik@comcast.net).

Previous article
How Many Golf Balls Do You Need for a Round of Golf?
Next article
How to Choose the Perfect Putter