How to Hit the Hardest Shot in Golf 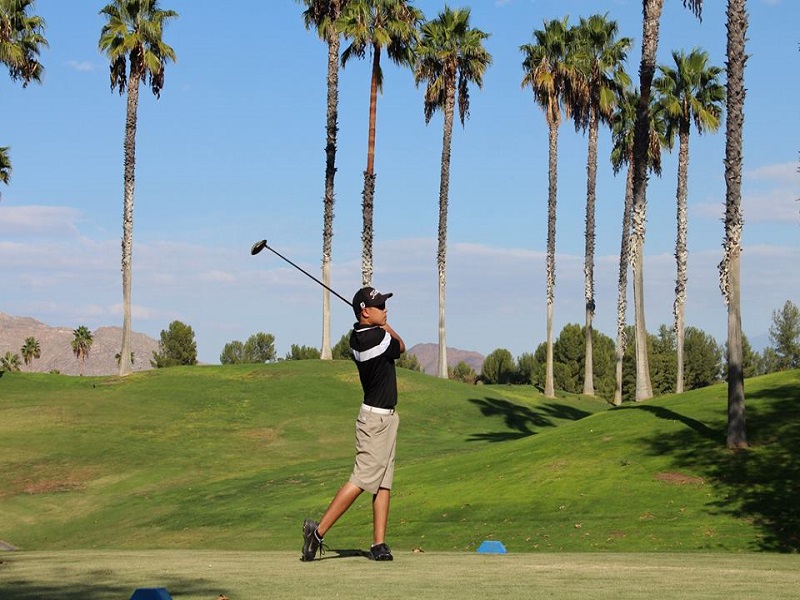 Assuming that there are no external influences, there are three ways to hit the hardest shot (a true straight shot with no curve) at the target.

1) The first and most reliable way is to hit the ball with a path going directly towards the target, and a clubface that is also pointed directly at the target. If the ball is struck on the center of the face, the ball will go straight.

2) If you hit the ball with an in-to-out swing path, a closed face and strike the ball on the heel the ball can go straight.

3) Lastly, a golfer can hit the ball straight by swinging with an out-to-in path, an open face, and hitting the ball on the toe. For the last two examples, the variables must balance out perfectly to make the ball go straight.

What Makes the Ball Curve?

Ultimately, spin axis is the only thing that will cause the ball to curve. Upon being struck, a ball will spin along a single axis that is often tilted. There are three main factors that determine the ball’s spin axis

Due to a concept called gear effect, the impact location will influence how the ball curves. A ball hit off the toe of the club will tilt the spin axis to the left (draw), while an impact on the heel will tilt the spin axis to the right (fade). If the ball is hit in the center of the clubface, the club will not twist and the spin axis will not be affected. The impact of gear effect is greatly increased with drivers and woods and decreased with irons and wedges. An off-center impact point will always cause the club to twist.

At the Verizon Heritage in April, @peterjkostis and @GOLFonCBS showed viewers a video of how much the club rotates when the ball is not struck in the center of the face. In comparison to amateur golfers, it was clear that professional golfers had a much more consistent impact location.

Shot 1: The ball was struck high on the face and off the toe. This will make the ball spin less, while it will curve to the left.

Note that the club actually looks more open in the second frame because the ball was struck on the toe.

Shot 2: The ball was struck low on the face and off the heel

Look at how rapidly the club rotates to a shut position

Shot 3: Watch Charley Hoffman and @LukeDonald strike the ball in the center of the clubface

In the third example, the clubface remains square after impact. There is very little face rotation.

A high percentage of what I have learned has come from Joseph Mayo’s YouTube channel. Below are links to some of his videos that are relevant to spin axis tilt, gear effect, and off-center hits. Follow him on twitter @TrackmanMaestro for more information.

Previous article
A Gentle-Mahan of the Game
Next article
How to Putt Like the Pros: Do the "Around the World" Drill