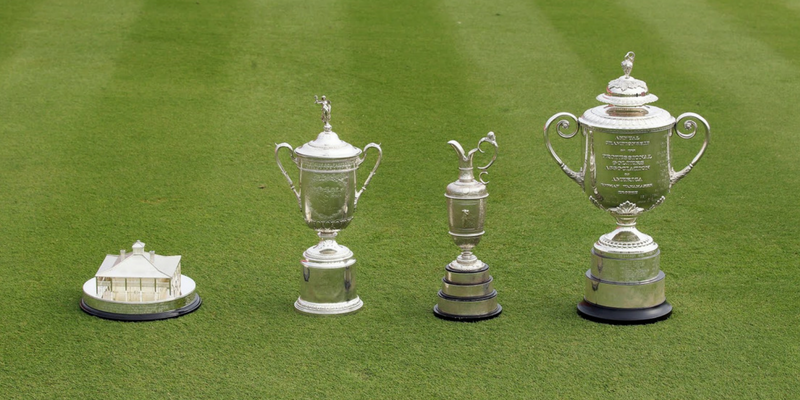 All major championships have unique, great moments and traditions. Many of the most memorable majors are those that hadn't concluded after 4 full rounds of golf and demanded extra holes in the form of a playoff. However, it's tough to remember which major follows what playoff format. To make it easy, we thought we'd lay out each major and the playoff structure that they follow:

At the Open championship any golfers that are tied for the lead at the end of regulation will play a four hole stroke-play playoff. Whoever has the lowest aggregated score on those four holes will be determined the winner.  In the event that players are still tied after the four-hole playoff, they will continue to play in a hole-by-hole sudden death (stroke-play) format until someone eventually wins a hole.

A fairly simple structure here: any players that share the lead after 72 holes will continue playing in a stroke-play sudden death format. They will alternate between playing the 18th and 10th hole until a winner emerges. Although these are two great holes (on an amazing course), it’s somewhat of boring playoff structure.

Probably the coolest playoff for golf majors.  All players that are tied atop the leaderboard after the final round will face off the next day in a full 18-hole playoff. If players are still tied after the additional 18-holes, they will then continue to play in a sudden-death format until a winner is announced. The most memorable recent playoff is probably the 2008 Open at Torrey Pines between Tiger Woods and Rocco Mediate.

Similar to the Open Championship, all players that are tied at the PGA Championship will play a 3-hole playoff aggregate stroke play. If players are still tied after those 3 holes then they will continue playing hole-by-hole in a stroke-play (sudden death) format until there is a winner.