If you stay up-to-date on the golf club industry then you know that Srixon irons have been killing it - being named to the MyGolf Spy’s Most Wanted, Golf Digest’s Gold Hotlist, and most importantly…Ambassador’s best friend list.

In all seriousness, the Nextgengolf members from across the country lucky enough to be Srixon Ambassadors in 2017 have been loving their new clubs. We thought we would check in on 4 Ambassadors review of their experience using Srixon irons. 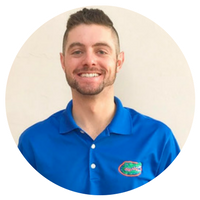 Profile: Tyler is the NCCGA North Florida Regional Coordinator and one of the top players on the Florida Club Golf team.

Biggest Change: Since switching to the Z 965 irons, I have gained 8 yards per club and tightened the gap between miss hits. I was using the 716 Titleist CB irons before making the switch and I'm amazed at the difference my Srixon irons make. People are coming up to me all time asking to test out the irons because they are as visually appealing as any club on the market and provide great feedback.

In addition, I have convinced numerous people to purchase Srixon products which they have all loved, as well. The brand is taking over the PGA Tour as we speak, just look at how many players on tour are making the switch to better.

Profile: John is the Houston City Tour leader and has been playing in Nextgengolf tourneys for over 2 years.

Biggest Change: After using Bridgestone J33 combo irons for about 10 years, I finally decided it was time to make the switch to Srixon. I met up with the local Srixon Rep in Houston, and tried out a few different head/shaft combinations. I ended up fitting in the Z 765 irons with the Modus3 125 shafts.

I could see the difference in my play within the first few rounds that I played with the new irons. On mis-hits I would look away thinking that it was going to land 20 yards short, but then I would back look up to see the ball just short of pin high. I don't have the chance to play golf as much anymore so it's great to have the forgiveness that these clubs provide. I have had a lot of fun using these clubs this year.

Profile: Phil is the Midwest NCCGA Regional Coordinator and a leading force on the Michigan Club Golf team.

Biggest change: I made the switch to the 765/965 combo set because I wanted a better blend of workability and forgiveness throughout my iron setup. The 965 short irons (8-iron thru pitching wedge) allow me to shape shots left and right, high and low, and everything in between. They've allowed me to fine-tune my distances and dial in shots from 130 to 165 yards to more precise numbers on each shot. I'm hitting more greens and giving myself better chances for birdies.

The 765 long irons (7-iron thru 4 iron) are very forgiving, while also having the appearance and feel of a player's iron. I've gained at least 5 yards with my longer irons while also being able to hit them straighter and with a more consistent ball flight. I'm making more birdies on reachable par 5s and more pars on long par 3s.

Profile: Cody is an avid golfer on the Boston City Tour and has played in several Nextgengolf National Championships.

Biggest Change: Let’s hear it from Cody himself.....