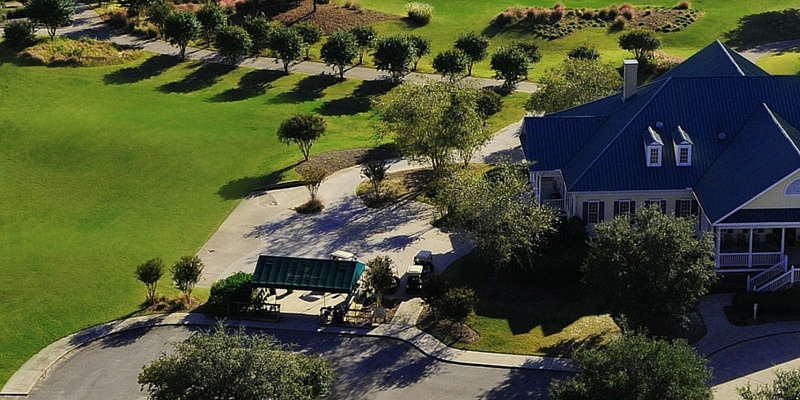 The North Carolina Region hosted its second club golf tournament of the fall 2013 semester at Carolina National Golf Club in Bolivia, NC on October 12-13. The field was a bit smaller at this tournament because, unfortunately, the tournament fell over fall break for some schools. We played two of Carolina National’s three 9-hole courses, the Egret course and the Heron course. The tees were a mix of black and gold that made the course play about 6,800 yards.

The weather Saturday was almost as perfect as we could have asked for, with mostly sunny skies and 70-degree weather. This weather lasted for the whole round; we finished up in good tournament time: 4 hours and 30 minutes. The good weather didn’t necessarily translate to great scores, though. East Carolina was leading with a 394 (+34) and worse than some teams scores for 2 days at our first regional. Campbell was in second at 398 and NC State in third at 403. The course was in great shape and a challenging, yet fair, hazardous-filled layout. Travis Bolick of N.C. State was the individual leader with a nice round of 1-under, 71.

Sunday’s forecast was not as promising at Saturday’s, as players woke up early Sunday to a very foggy, misty morning in southeastern North Carolina. An 8 a.m. shotgun start on Sunday greeted players with an mostly cloudy forecast. N.C. State was the team that came out firing on Sunday on the way to a team score of 384 (+24), and the low team of the tournament. They came back to win North Carolina’s second regional by 20 strokes and made an impressive bid for a “wild card” spot in Nationals at Barefoot Resort in Myrtle Beach, S.C.

“We knew going into Sunday that nine shots was a lot to overcome, especially behind two quality teams like ECU and Campbell,” said N.C. State club golf president, Zac Lewis. “Our motivation was knowing that this was our only change to make a move to get a possible wildcard for Nationals. Everyone played really well and we all fed off the energy out there to make a great comeback.”

ECU held on for second place at 807 and Campbell fended off UNC for third place at 811. Travis Bolick also held on to his first place individual position with a 74 and a tournament total of 1-over par.

“I stayed focused on making birdies like I did Saturday and it helped me keep it around par,” Bolick said. “I had nine birdies and an eagle in the tournament and this was huge because I had a few big numbers too. I knew if I played solid that we had other players that would come through and get us back into contention.”

These results ensured Campbell the automatic spot at the National Tournament with 7 total points in Nationals qualifying. ECU, N.C. State, and UNC will have to hope that their performances were good enough to snatch up wildcard spots. However, looking at the scores on the NCCGA website, I believe it will be a struggle for any of these teams to make wildcard spots. I wish the best of luck to Campbell at the National Championship and good luck to all of the teams hoping to make a wild card appearance.