The time has come, and the Wildcats from Central Washington University are off to St. Louis where they will compete in the National Invitational at Bogey Hills Country Club. After a successful spring season winning both regional tournaments, they have been offered a bid to their first ever NCCGA Nationals.

I had the opportunity to connect with Central Washington’s club President, Garrett Granland, over the phone. He is a junior studying business leadership and management with a minor in sports business. This is Granland’s first year as the Club President for Central Washington’s team. After dominating the Northwest region for the last seven seasons in a row, University of Oregon struggled to field a team in both of this spring’s regional tournaments. This opened the door for other teams in the region.

“This was a huge accomplishment for me, the club team and the university. Coming into fall quarter, we knew we had to build a new team, so we reached out to students and, thankfully, everyone came out to play and compete,” said Granland.

The Wildcats developed their games during the fall season preparing for the spring season with expectations for stiff competition against the other Northwest teams.

“Once spring came around, we showed up and posted good scores ahead of Eastern Washington,” said Granland. The first regional tournament of the spring season was hosted by Gearhart Golf Links and the Wildcats owned the field after finishing 49 strokes lower than the Eagles from Eastern Washington.

Not much changed after the second regional tournament at The Golf Club at Hawks Prairie in Lacey, Washington, where the Wildcats finished on top of the Eagles again, but this time with a much narrower gap of 13 strokes. I was able to relate to Garrett’s feelings about the Wildcats winning their first tournament.

“Winning both tournaments for sure felt like an accomplishment. On Sunday afternoon of our first tournament, as guys from our team came in with good scores one after the next, I grew restless realizing that we could pull out a win. It was our first win in a few years," said Granland. 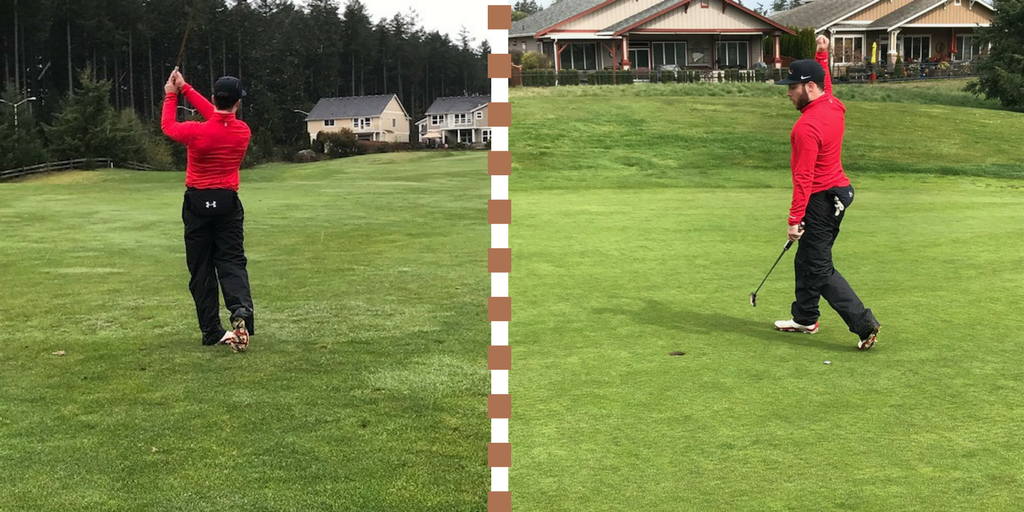 Going beyond the competitiveness of the tournaments the NCCGA brings for college students wanting to play golf in college, it is also an opportunity for adding another social aspect to our lives. Like others that never played competitive golf before college, Granland values the atmosphere the NCCGA offers him. He played football, basketball, and baseball in high school and was looking for something different, especially a sport that relies solely on his performance. When we discussed what the NCCGA has done to his college experience, he said:

“When I first heard about [the NCCGA], I was super happy and thought I would tryout for the club team with the mentality that if I made it, great, if not, whatever. Meeting kids from other universities is a great benefit to competing in the NCCGA. I talk to the players from other universities independently now. It has opened so many doors and connections I wouldn’t have otherwise.”

Interviewing the Central Washington Club President and understanding how much it means to the college students around the country that make their first appearance at Nationals each spring and fall helped me realize how valuable it is what myself and the rest of the staff at the NCCGA are doing every day. I can’t wait to meet Garrett and the rest of the Central Washington players as well as every other player who is coming to nationals for their first time because I understand how special it is!