College Golf Represented at Merion: Three Bears on the Loose 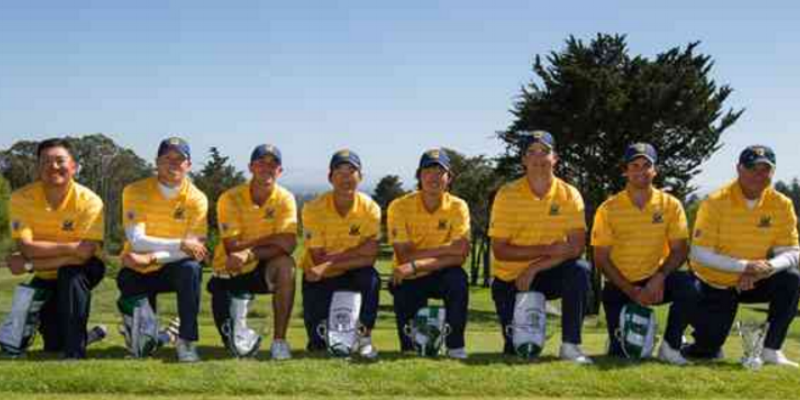 One of the great distinctions between the U.S Open and the other 3 majors in golf is the qualification process. It’s more open to amateur than the Masters, but still, we see a star-studded field. But among those stars, including this year, we’ll see some college golf amateurs as well. Qualification is staged among 13 different locations, 11 of them being in the States. And although the U.S Open is open to amateurs to qualify, you’ve still got to be a pretty good golfer...lower than a 1.4 index to be exact. And not just a, “What’s your handicap?” “Oh, you know, I normally shoot mid 70’s, so I’m a 4.” No, this is a USGA 1.4 index; a United States Golf Association index. That’s as legit as it can be. This year Cal Berkeley is fortunate enough to send 3 of their very own college golfers. That’s 3 more than the majority of schools across the U.S: Michael Kim, Max Homa and Michael Weaver, the 3 M’s. Despite being close friends and teammates, they all made it to the U.S Open in different fashion.

The Bears were absolutely resilient, capturing 11 of 13 tournaments on top of having each of their top fives win individual medalist at least once. Unfortunately their streak came to an end during NCAA semifinals against Illinois. Max Homa, NCAA D-1 individual champion, missed a 12-footer to move on to a third playoff hole. But for Homa, his golf season had only just begun. Just two days later, Homa had to regain composure for the U.S Open sectional qualifier. With an opening 66 followed by a 72, Homa was nearly there. After a two hole playoff, he managed to secure his spot at the 113th U.S Open at Merion. But Homa knew he wouldn’t be playing alone at the Open. Two of his close friends and Berkeley teammates also secured spots as well.

Over on the other side of the States, teammate Michael Kim, 4 time medalist during the school year, managed to come out on top at the sectional qualifier in Georgia. The last of the 3 Bears is Michael Weaver, who had already secured his spot last summer at the U.S Amateur runner-up to amateur Steven Fox, who will also be making an appearance on the field. Our generation of golf has been truly unique. There seems to be an increasing amount of young professionals. A sport that used to be almost exclusively associated with octogenarians is now being played in sports bars across the nation.

College golf students have been showing their support on and off the field in true college fashion.
This U.S Open should be no different. And with 3 stellar college athletes competing against the world’s best, I’m interested to see the amount of young fans in the crowd, me included. Good luck to the Three Bears. And hopefully they’ll show the professional world that they’re ready...after finals, of course!