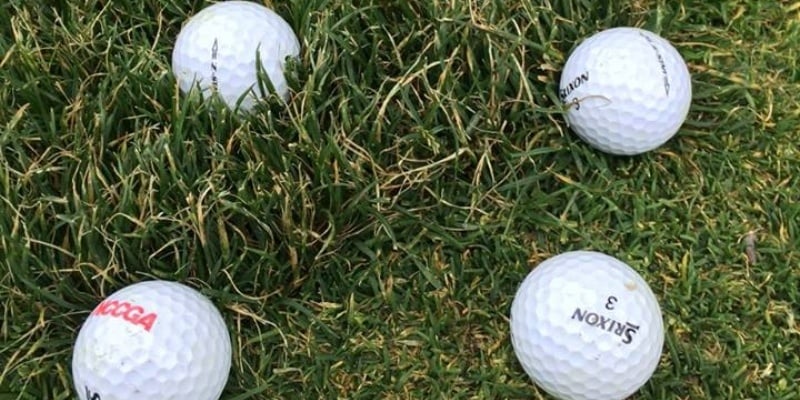 This past weekend we had 12 club golf tournaments taking place across the country, and there were three scenarios that came up which caused some confusion for groups. Here are the three scenarios below, what would you have done if this happened to you or someone in your group?  The result and corresponding golf rules (or NCCGA rules) are listed below to see if you chose the correct result:

A player’s ball comes to rest with a telephone pole in his line of play to the hole, but not interfering with his stance or swing. Is the player entitled to relief?

Team A and Team B play in the NCCGA. After two days of competition, their team scores are identical and they are tied for first place.

If a competitor makes a stroke or strokes at a wrong ball, he incurs a penalty of two strokes.

The player only incurs a two-stroke penalty for playing a wrong ball and does not incur any strokes made at a wrong ball.

In this case, unless the telephone pole interferes with the player’s stance or swing, he is not entitled to relief under rule 24-2b.

The NCCGA's tiebreaker policy for breaking team ties at regional tournaments reas "Compare 6th man scores from both rounds combined (if a team does not have a 6th man they lose the tie-breaker)". To explain further, this means each team's 6th person score from Round 1 AND Round 2 (can be different people) are added together, and then compared to the other team. The full NCCGA's tiebreaker rules and policies can be found here.

With each set of tees comes a set course slope and rating. If the normal yardage for that color tee is adjusted by the Zone Manager or Regional Coordinator, they will use this matrix to adjust the course rating and slope. The Regional Coordinator and Zone Manager will work together to ensure that the slope and rating for the men’s and women’s tees are as close together as possible.