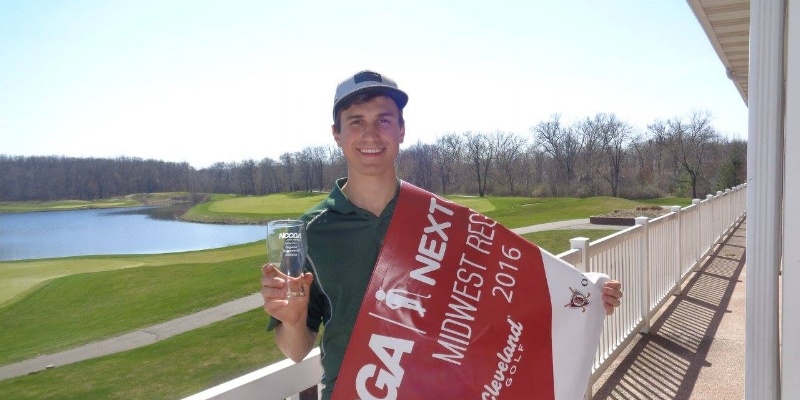 Where did all the hype of Srixon come from?

Over the last two years Srixon has taken over the golf industry, getting involved with the pros, juniors, and various amateur events with the main focus of helping people switch to better. I am one of those lucky people to have been gifted with the opportunity to try switching to better.

Over the past year I have played Srixon irons, wedges, and the Srixon Z-Star golf balls. I have also had one of the most consistent seasons of my career. Over the summer I was able to compete in tournaments in my local city of Jackson, Michigan. With one tournament left to play I am in the lead for the city's Player of the Year after winning the Jackson County Open, the first major of my career. I had been striving to win one of these my entire career and I finally achieved this feat by tying the two day low of seven under par 137.

I could not have done this without the consistency of the Srixon golf balls and clubs. The weekend I won happened to be two days of completely different weather. The first day was 95 and blistering hot, and the second day was windy and thunderstorms all day. Making the switch to a better golf ball was key to my success. I have never played a ball better in the wind then the Srixon Z Star-XV. No ball pierces the wind as consistently as the Srixon did. I was able to hit 17 out of 18 greens in the torrential rain and wind leading to a field low 70 for the second day.

The irons are some of the purest irons I have ever played. I have played over 5 different iron sets over my short career with Srixon being the most explosive and consistent irons I have ever played. The sleek view of the Z 745 irons allow for a blade looking iron, but the distance of a cavity back. I gained close to 10 yards on each iron allowing me to come into greens with a higher lofted club. That allowed me to reach all four par 5’s that first day in two leading to going five under through those four par fives. The best design to the irons is the creation of a tour v.t. sole which leads to tighter shot dispersion with less turf resistance after impact. The double laser milling also allows for better spin control so that I am to control the trajectory and spin on my shots more accurately and consistently.

The switch to better was definitely the best decision I could have made. There is no other club that matches the consistency of the Srixon Z series. I recommend anybody looking for tighter shot dispersion give these irons a try. There will be no disappointment when trying the switch to better.

**Cody Lsyher is a senior at Michigan State, member of the school's club golf team, NCCGA Midwest Regional Coordinator, as well as a Srixon Ambassador.