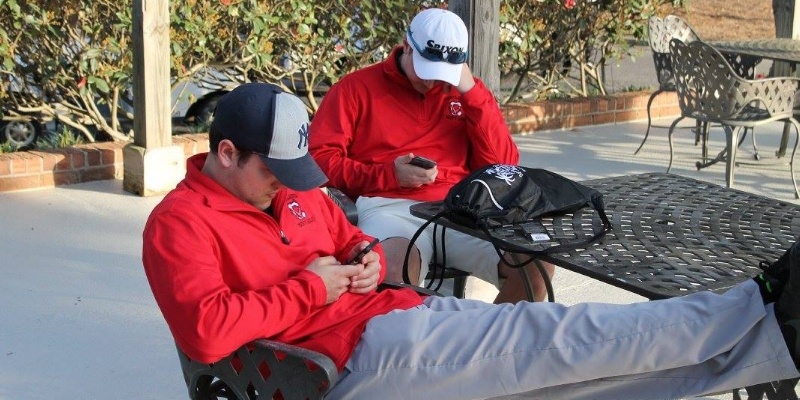 It's a great time to be a golfer on Twitter. There exists a wide array of hillarious and insightful golf Twitter accounts that you should be following (if you aren't already). Here's 10 of the best and the ones I recommend (in no particular order).

No Laying Up (@NoLayingUp)

The guys at No Laying Up have built one of the most successful, humorous, and accredited Golf accounts out there. Whether it’s their latest “Tour Sauce” moment or #PrayForTedScott (Bubba Watson’s caddie) they produce a level of golf humor and sarcasm compared to no other account out there.

Skratch TV was created by the PGA Tour to appeal to the millennial golfer. The bio on their Twitter account is “It’s just golf, try not to take it so seriously,” and they live by this. Everything from a sarcastic GIF to highlights from the current tournament going on, Skratch TV has successfully made a name for itself in the millennial golf world.

This account is a mystery to all.  The man behind it is a current touring professional but has managed to keep his identity a secret the whole time. He enjoys giving true insight from the mind of a touring professional and often times doesn’t filter his thoughts either.  The best part about this account? Continuously trying to guess who the Secret Tour Pro is.

Golf WRX prides themselves in being the “premier online golf community.” And it really is hard to argue that they’re not. They provide industry news, equipment reviews, up close photos of tour players, and a forum for the golf community to review topics with each other. However, what seems to be the most successful part of their content is the WITB (What’s In The Bag) segment where they break down the specs of nearly every club in every tour pro’s bag.

Jason Sobel works for ESPN and perfectly mixes his coverage of the sport with an imaginative commentary. His content covers different golf news and more times than not is written in the context you would find in a conversation between two buddies, not an ESPN writer.

The Bryan Bros (Wesley and George) made their name in the golf world through creating crazy trickshot videos. Hitting the ball out of mid-air, bank shots off of tiles, and holing-out a Go-Pro from a bunker are some of their most well-known shots. They also are very talented golfers as well; Wesley won 3 times on the Web.com tour last year and no has his PGA Tour card while George will be playing on the PGA Latin America Tour this season.

Nextgengolf brings you the most up to date news and updates on everything in the world of millennial golf, including City Tour and NCCGA content. If you're only following accounts related to professional golf, you're missing a whole other side to the game. Nextgengolf will keep you in the loop.

Golf Problems was one of the first golf parody accounts to surface on Twitter. They put their spin on all things golf from the Saturday round with friends to the guys playing on tour. Oh, and they also may be the biggest Tiger fans out there.

If you’re familiar with the on course commentary from David Feherty or his golf channel show “Feherty,” than you probably can take an accurate guess in pinpointing the personality he is on Twitter. He’s always had a uniqes sense of humor, and that hasn’t changed since he joined the Twitter world.

Erin Walker, the wife of 2016 PGA Champ Jimmy Walker is a Twitter personality that can not be matched. As the wife of a tour player, she gets to see some things that nobody else does during some tournaments. Not only does she get to see them, but sometimes she shares them with the Twitter world.