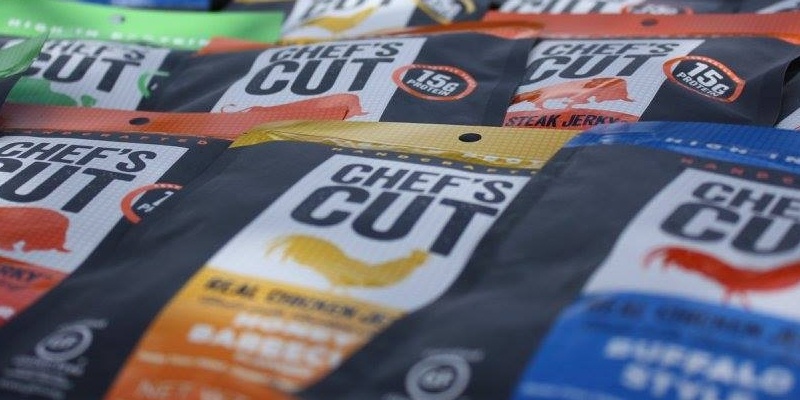 During an 18-hole round of golf, it's natural to get a little hungry. After all, playing golf burns a lot of calories (especially when walking the round). It's why we were so excited to team up with Chef's Cut jerky for 2016 as a tournament partner, and provide bags of jerky to NCCGA and City Tour players at all Nextgengolf tournaments.

But the perk brings about some tough decisions at the first tee: Which flavor to choose?

To make your choice a little easier, and allow you to focus on other things at the first tee (like golf), here's my ranking of the Top 5 Chef's Cut jerky flavors.

Count me in as a skeptic who didn't want to try a "chicken jerky". All I had known was beef jerky, so I was pleasantly surprised when I took my first bite of the Buffalo Chicken Chef's Cut jerky flavor. Well, maybe pleasantly surprised isn't the right way to describe it. Maybe a better way to describe it is to say my taste buds were blown away. Don't be a skeptic, try the Buffalo Chicken. You won't be disappointed.

I stopped in my tracks as soon as I heard about it. There's a Bacon jerky?! And the rest is history. Allow Matt Weinberger, the City Tour Director and avid jerky snacker, describe my #2 selection:

"The applewood bacon flavor surpassed all previous expectations of what jerky could be.  Since my wife took all of the turkey and chicken jerkey, I was left with the bacon and couldn’t have been happier." 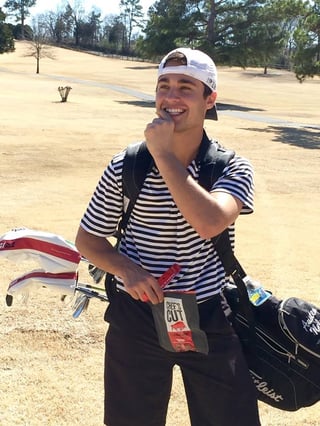 Sometimes there's nothing better than the original. Yes, chicken, bacon, and turkey jerky are delicious, but there's just something about beef jerky that keeps you coming back. The original steak flavor is top-notch, and easily deserves a place in your golf bag.

The theme of this article so far has been trying new things. First it was chicken jerky, then bacon jerky, and now turkey jerky. Trust me, it's good.

Yes, two bacon jerky flavors make it into the Top 5 (that should tell you something). The Sriracha Bacon packs some spicy flavor, so have a bottle of water nearby just in case. But it might be the kick you need to conquer the back nine.

Agree or disagree? Let us know on Twitter (@nextgolfer)! If you haven't tried any of the above flavors (or the other 3 not listed), you can check them out at the next City Tour/NCCGA tournament, in stores, or on the Chef's Cut website.

Previous article
What Can You Win at 2016 City Tour Championship?
Next article
5 Funniest Golf Commercials Ever