Taking on Oakmont: US Open Preview 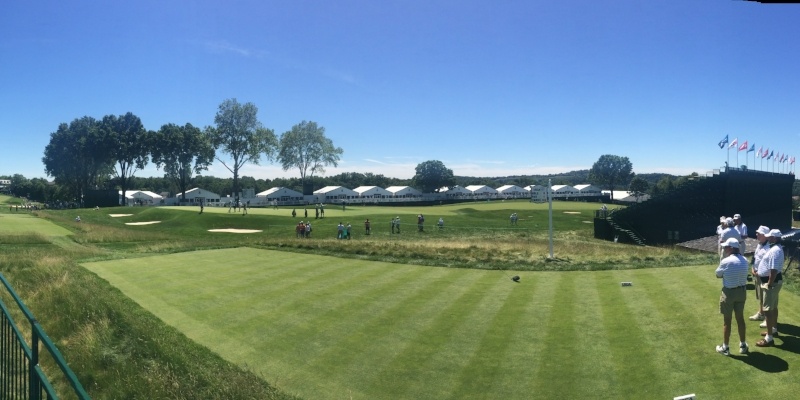 If last year’s U.S. Open was all about the unknown course (Chambers Bay) and its questionable conditioning, this year is literally the exact opposite with Oakmont Country Club outside Pittsburgh, PA.

If you don’t know of or about Oakmont, firstly, what rock do you live under? So, get ready for the most iconic U.S. Open venue. There is no U.S. Open course in the country that has the combination of history, architecture, and conditioning that Oakmont does.

A little history lesson as part of my US Open preview. Introduced in 1903 by designer Henry Clay (H.C.) Fownes, Oakmont Country Club has hosted more combined USGA and PGA championships than any other course in the U.S., including eight (this year is the ninth) United States Opens, five U.S. Amateurs, three PGA Championships, and two U.S. Women's Opens. H.C. Fownes, unlike other wealthy golf movers and shakers of his day, wasn’t looking for a high-society playground when he decided to build his own course. He wasn’t trying to create a monument to himself. He was just looking for a stern fight. 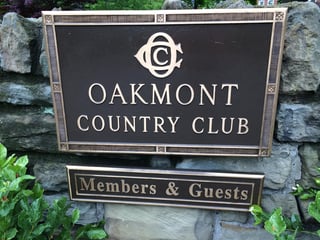 The courses in the Pittsburgh area, like most in the United States, were better suited to polite tea-party golf. So H.C. would have to build his own. With the help of his son (William Clark Fownes Jr.), who was an excellent player in his own right having qualified for 19 U.S. Amateurs, winning one, and capped his career by becoming president of the USGA, they embarked on buying land and turning it into a golf course. Construction began in 1903 and play began in 1904. Pretty remarkable given the time and no previous golf course design nor construction experience.

In terms of the architecture, the course has a stunning combination of long and short holes. All where par is celebrated. This is the definition of ‘penal’ golf course design. There aren’t multiple ways to play a hole. It’s a singular way and if you stray, you pay the price. Oakmont remains perhaps the most difficult course in North America, with 210 deep bunkers (personified by the Church Pews separating holes 3 and 4), hard and slick greens that slope away from the player, and tight fairways requiring the utmost precision.

It is the greens that will probably garner the most attention this week (with the rough a close second). If you think Augusta National greens are fast, Oakmont makes them look like putting on shag carpet. All players would be wise to practice putting on their marble kitchen floors. They are that hard, and that fast. If you don’t hit the hole on a downhill/sidehill putt...SEE YA! 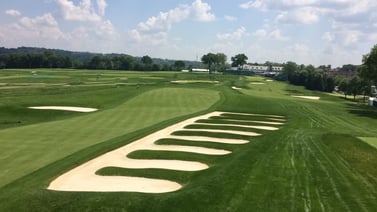 In addition, it’s not like these greens are getting choked from water to make them fast. The course is one of the best conditioned in the country. It’s not going to look burned out like Chambers Bay or Pinehurst, it’s going to be green, green, green. And should make for stunning television (assuming FOX has their act together this year - which is a whole separate topic).

In the end, I think this will be a return to form for a U.S. Open winner. Someone that putts the lights out, and can’t miss a fairway (Jordan? Day? Rory? D.J.? Phil???). And even then, I think the winning score will be over par. Whoever, the winner is, they will add their name to the illustrious list of U.S. Open winners at Oakmont, which holds just a little more cache than all the rest. You don't think everyone would forget Phil's six runner-up finishes at U.S. Opens if he finally wins it at Oakmont?