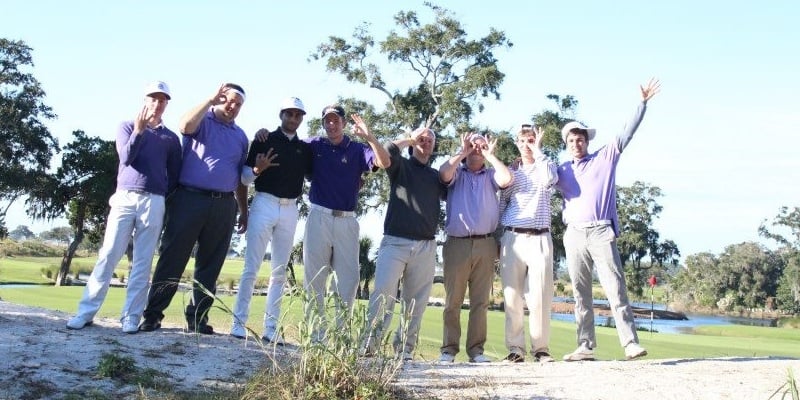 5 years ago marked the beginning of a dynasty. It was the beginning of a historic run, and it all started in Ohio. Five years ago refers to the Spring 2011 NCCGA National Championship. Taking place at Firestone Country Club in Akron, the championship shows just how much the NCCGA has grown in that time. 12 teams faced off in Akron for the National Championship, compared to 30 in the Spring of 2016. It was, however, no less competitive.

The East Carolina club golf team came into the tournament with some momentum. After finishing outside the top three at the first regional tournament, they dominated the second tournament by 16-strokes over Coastal Carolina (the defending national champions). They had punched their bid to the National Championship at Firestone.

"We certainly knew we had some talent on the team that spring, we knew if we played well, we had a chance," said Faheem Amod, the club's president. "But none of us knew a dynasty was brewing."

The ECU team selected their Nationals lineup, and began the trip to Ohio. 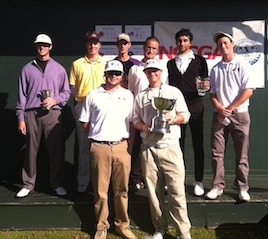 "The Nationals lineup was determined by the years body of work and consistent play," said Tom Duty, a member of the ECU team and future club president. "We stressed at the original meetings that it was all about winning championships and bringing the best 7 to tournaments."

The club arrived early and played practice rounds at the North and South Course under perfect weather, before setting into their villa off the 18th hole. As is becoming typical at NCCGA National Championships, the good weather did not extend into the tournament rounds.

"The rain that came down on us for the first few holes was unlike anything I’d ever experienced before," said Amod. "It’s as if we put on rain gear, jumped into the shower, and immediate went to the first tee."

The tournament went on as planned, with all the golfers braving the elements. East Carolina finished round 1 with a 5-stroke lead over Michigan and Ohio State after shooting a team score of 388.

On Day 2, the East Carolina team was one of the first to finish their round. The Pirates had shot a 389 as a team, 1 stroke higher than their first round. Now the waiting began.

The waiting paid off, as the final leaderboard had East Carolina earning a 3-stroke victory over Michigan. Duty and Patrick Davey led the way with both shooting 153 for the tournament, as the Pirates had four players in the Top 11.

"At first the feeling was surreal. I’ll never forget celebrating with the team, with guys that had been competing since the beginning of the previous fall semester, something that stands out to me to this day," said Amod.

"After winning the tournament we were really surprised, and felt like we had finally put all the talent on the team together. The team was so young and had only a couple seniors so I knew we would be good for years to come.," said Duty. "Nothing better than finally breaking through and winning at a prestigious venue such as Firestone." 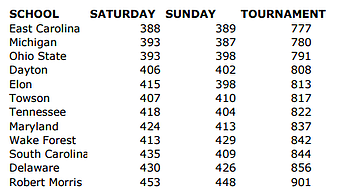 The victory started an unbelievable run by the East Carolina club golf team. They would repeat as champions in the Fall of 2011 at Pinehurst #5, and win again in the Fall of 2012 at Sea Island. Three National Championships in four seasons. And it all started at Firestone.

"Even though we went on to win 2 more national championships, winning that first one was just so special to me," said Amod.

Bret Carroll of Michigan club golf won the individual title, putting up an impressive 76-73 tournament to win by four strokes over Matt Weinberger of Dayton (and current NCCGA Commissioner and City Tour Director).

"I was pleased with how I’d played, but I definitely wasn’t sure I’d won until everyone’s scores were posted. There’s always the chance that someone near the top of the leaderboard goes low on any given day," said Carroll."

Carroll's individual title marked the start of a great stretch of golf. After graduating in 2012, he set the course record at his hometown course in Illinois with a 61. He then turned professional and spent several years playing mini-tours in the Southeast. 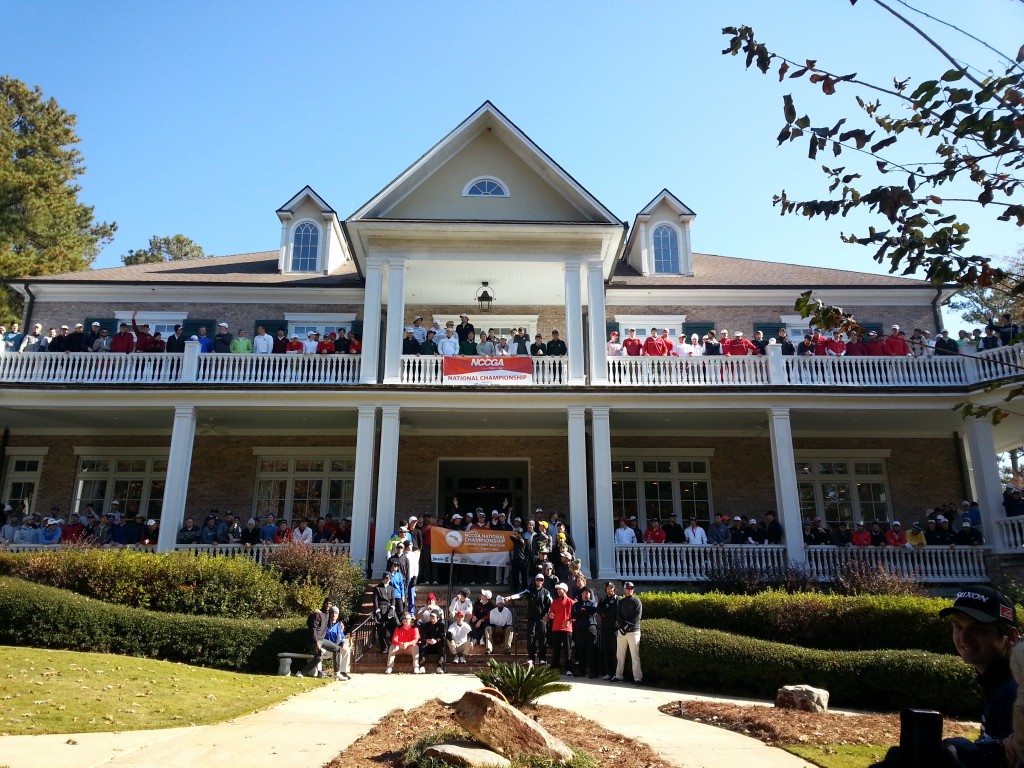 The NCCGA has grown larger and larger since that time. This weekend 30 of the best club golf teams in the country, and 21 individuals, will converge on The Resort at Glade Springs in West Virginia. 256 players in 2016, compared to 90 in 2011.

"It’s amazing how far the NCCGA has come since I was in school. I think it’s the perfect place for kids who don’t want the grind of a varsity golf season or who are still grooming their games in hopes of making it to that level one day," said Carroll. I personally started playing golf the summer before high school, so Division 1 golf wasn’t really an option for me at the time. I’m grateful for the opportunity that club golf provided me to continue playing competitively, and hopefully it keeps growing to give as many students as possible the same chance."