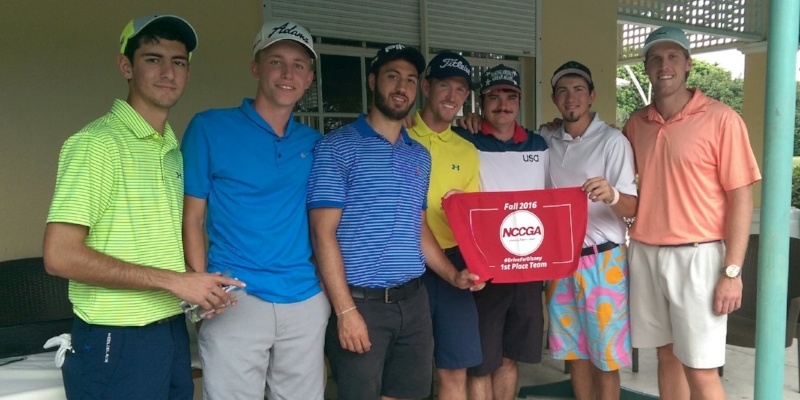 That's it! The regional tournament season is officially complete, and the field for the Fall 2016 National Championship is set (almost). It was a small final weekend with only four tournaments taking place on October 29/30, but the ramifications it had on the rest of the country was significant.

In addition to the four automatic regional bids up for grabs in Ozark, Pacific, Southwest, and South Florida, there were also two wildcard spots on the line. The two highest-ranked teams according to the NCCGA season rankings that didn't qualify automatically (and played both regional tournaments) would receive the bids.

The big reason for the drama was the fact that the Ozark Region had four teams in the Top 10, all with one tournament left to play. How did it all unfold? Check it out here: 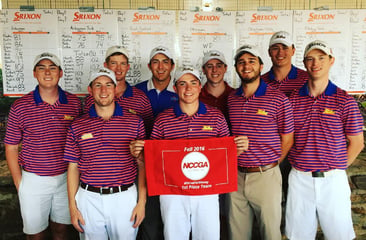 The Ozark Region had one of the best performances in the first regional tournament, with four teams landing in the NCCGA's Top 10 rankings. They also placed several individuals high on the player rankings, and a lot of interested clubs were watching this region with eager anticipation. The University of Tulsa won the first tournament, followed by Arkansas Tech, and then Oklahoma. Despite missing several key golfers, Tulsa continued their winning debut with a narrow 1-stroke victory over Arkansas. The win completed a season sweep for Tulsa in their first-ever season as member of the NCCGA. The Golden Hurricanes were led by Francisco Yanez's 148 and Justin Strathe's 150. Arkansas Tech's Hunter Mobley earned medalist honors for the second straight tournament, and finished the season as the #2 individual in the country.

Tulsa will be making their National Championship debut, and will be the only rookie team in the field at Disney. Arkansas Tech's Collin Poole and Hunter Mobley qualified as individuals, as well as Arkansas's Austin Rhodes.

Perennial Pacific Region power Stanford University found itself in a unique position heading into the second regional: behind. Cal-Berkeley won the first tournament by 13-strokes, and had the upper-hand going to Monarch Bay for the season finale. Led by Tanner Choate's 77, the Golden Bears placed four golfers in the Top 5 to win by 20-strokes and clinch their spot at Disney. Stanford's Christian Ostenberg won medalist honors with a 73 (+2).

The regional championship is Cal's first, and this will be their first appearance at the NCCGA National Championship. Stanford's Ostenberg also qualified as an individual due to his performance this season.

In the summer of 2015 the decision was made to split the existing "Florida" Region into "North Florida" and "South Florida". Ever since the split, Keiser has emerged as the dominate force in the South Florida Region. They've won every tournament in the region's short history. The first tournament several weeks ago was the same story, as Keiser won by 17-strokes (keep that number in mind, it becomes important later) over Florida Atlantic. But as it turns out, Florida Atlantic was getting tired of the same ole story. The Owls entered the second tournament at Del Ray Beach Golf Club out to grab that elusive South Florida tournament title. They trailed Keiser by three strokes after Day 1, but staged a remarkable comeback on Day 2 with a team score of 377 to win by 14-strokes. Kyle Kubala's 148 led the Owls, who placed three players on the All-Tournament team. Florida Gulf Coast's Anthony Pascua won medalist honors with his 72-72 (E) performance.

Despite the tournament win, Keiser's strong performance in the first tournament provided them the edge in the tiebreaker procedure (team scores from both tournaments combined). It'll be Keiser's third straight appearance at the NCCGA National Championship. UCF's Daniel Robinson and FGCU's Anthony Pascua qualified as individuals, 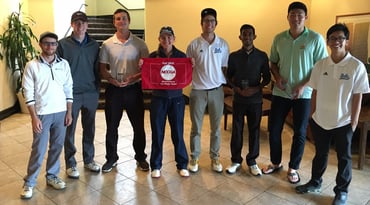 UCLA's strong performance in the first regional tournament this season put the Bruins in a great position to clinch their first-bid to Nationals in several years. All that remained was holding of Golf Academy-Carlsbad in the regional finale at Menifee Lakes Country Club. Through the first round, the tournament was all tied on top of the leaderboard. As scores filtered in on Day 2, it showed Golf Academy had gone low on Day 2. They shot 371 to improve on their 377 Day 1 score. The only problem? UCLA went even lower. The Bruins put up an impressive 361 team score in Round 2, only 1-over par. Craig Buchholz led the team with a 72-69 (-3) performance, earning medalist honors by 4-strokes.

The victory means UCLA has qualified for the NCCGA National Championship for the first-time since 2013.

The results of all four tournaments last weekend meant the two wildcard bids were awarded to the University of Florida and Golf Academy-Myrtle Beach. They were the two highest ranked-teams that didn't automatically qualify as regional champions. The countdown to Disney is officially on! The tournament started Saturday, November 19th at Walt Disney World Resort on the Palm and Magnolia golf courses. 30 of the best club golf teams from across the country, and the top 16 individuals, will compete for the national championship. Learn more about the event, and track the tournament field as it fills up over the next several days.