Then I found the club golf team on campus 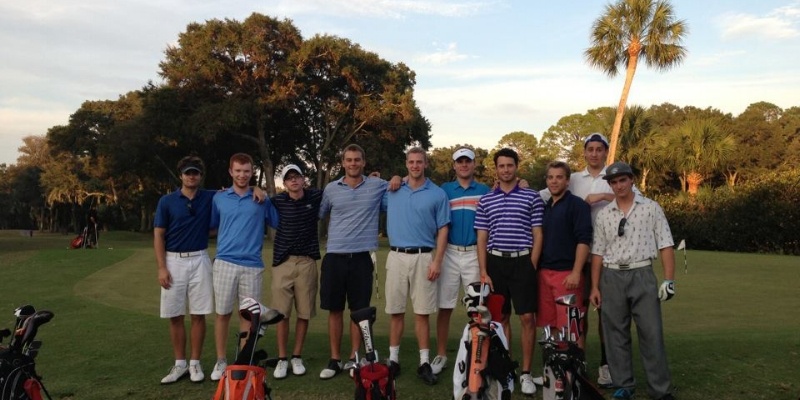 The summer of 2012 felt like the end of my golf career. Growing up, I spent every summer on Cape Cod, and a lot of time around golf courses. I began playing junior golf as a six year old in New Seabury Country Club’s Junior Golf Program. When I turned 12, I started playing in the Cape Cod Junior Golf Association, which is the Cape Cod chapter of the NEPGA. When I turned 14, I got a job at New Seabury CC and later became a junior golf instructor. Which helped me become a four-year varsity golfer, and two-year captain at Winchester High School. Though I only played as the number five in my senior year, I did not lose any matches in our league’s match play format.

Then I graduated from high school. The pizza and awards to conclude the summer golf circuit were more bittersweet than in years past. As a newly dubbed adult, my eligibility for those tournaments and the days of junior discounts were behind me. When I arrived to the College of Charleston for the fall of my freshman year, I was not overly optimistic that I would get a chance to play regularly. I love the game, but without a car, and in the days before Uber, it was not easy to get from the dorms to the golf courses surrounding the peninsula. For the first month of the school year, I was playing frustratingly little golf compared to my expectations of life in South Carolina. Which was why I was so happy to find out that there was a group of guys who had started a club golf team.

When I got in touch with the new president of the club, I discovered the best perk of the membership: A discounted deal at the course closest to campus, $11 for 9 holes, through Nextgengolf's collegiate membership. After attending a few of the weekly outings, a group of about a dozen of guys took a trip to Hilton Head, SC, where we played 36 holes of golf and stayed in a Red Roof Inn. In case you have never stayed in two rooms of a Red Roof Inn with a dozen guys, just believe me when I tell you that our accommodations didn’t match the quality of the courses we played. In the time since, we have benefited greatly from Airbnb, and made trips back to Hilton Head and to Fripp Island, SC. While having a consistent group of golf friends is certainly a big perk of participating, those semesterly trips are going to keep me coming back until I get my diploma.

Having never joined a fraternity, the club golf team has given me a great group to hang out and watch sports with, even when golf is not involved. Moreover, knowing that I will play a few top courses each semester piques my interest to keep my clubs from gathering dust in the coat closet.

Previous article
How My College Golf Team Recruited: Delaware
Next article
Why I transferred from varsity golf