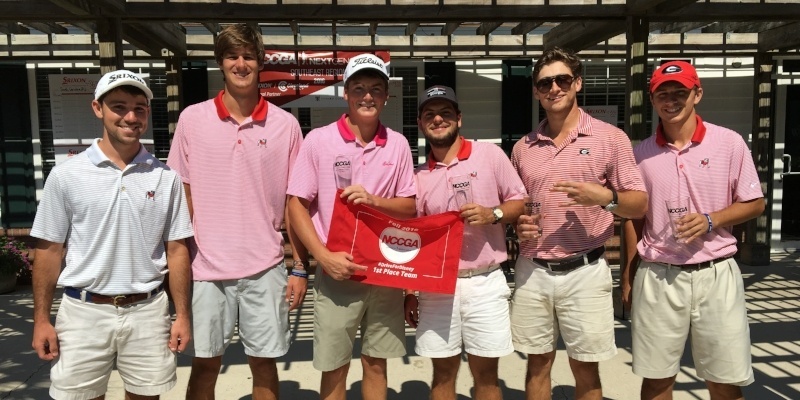 Earlier we took a look at the Top 15 college golf tournament rounds from the NCCGA season. While the numbers were impressive, something was missing. NCCGA tournaments aren't about individual scores, they are ultimately about the team's score. One hot individual performance doesn't necessarily mean the team comes out victorious. A team victory requires five scores, and teammates picking each other up when a bad round happens.

Let's a take a look at the Top 5 NCCGA team scores from 2016 (Spring and Fall season), including a mind-boggling performance in the Southeast Region.

Yes, you read that right. No, that is not a typo. The University of Georgia club golf team shot an unbelievable 7-under par (713) AS A TEAM to open the Fall 2016 season. The statement was a strong one, especially considering Georgia is in the same region as the defending national champions, and served as a precursor to how the season would end. The team was led by a pair of 69 scores in Round 2, with the highest score being taken by the team all weekend a 74. Park Brady led the team individually at 3-under, followed closely by Ben Brennan at 1-under, and Andrew Grice at even-par. 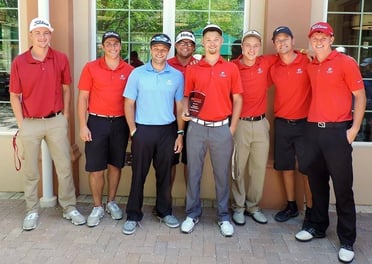 The North Florida Region was dominated by the University of Florida for awhile, but Golf Academy-Orlando dethroned the Gators with their performance in the Spring regional finale at Candler Hills in Ocala. GAA lost the first regional, and trailed by 12-strokes in the tiebreaker, meaning they needed to not only win the second regional tournament, but they had to win it by 13 or more strokes. Shooting a 358 (-2) team score in Round 1 is a great start to the comeback journey. Johnathan Milner's remarkable 66 led the team (2nd lowest round in 2016), as GAA opened up an 18-stroke lead. GAA stayed low on Day 2 with a 365 to win by 17-strokes, winning the tournament and the region.

Let's start with the good news: Golf Academy-Myrtle Beach put up the third best NCCGA team score of 2016, going low to shoot 4-under at the first Southeast Regional tournament of the Fall season. Now for the bad news: One of the teams they were competing against (Georgia) put up the best NCCGA team team score of 2016. GAA shot rounds of 362-362, led by Daniel Childress and Andrew Harvey's 142 (-2). While the team didn't secure the victory in the regional, their performance helped rocket them up the NCCGA Team Rankings, helping them secure a wildcard berth at the end of the season. 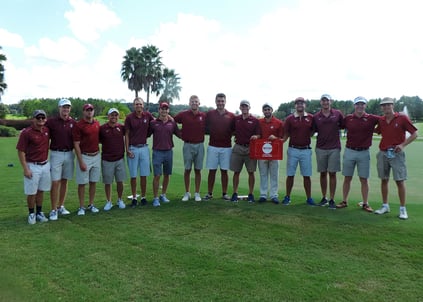 To illustrate how impressive and competitive the North Florida Region is, consider that three of the five lowest team scores shot in 2016 came from that region. Also consider that the fourth and fifth best performances came at the same tournament. Florida State came into the Fall 2016 season looking to win their first North Florida Regional Championship, while Florida was seeking to regain their title lost in the Spring to Golf Academy. Jonathan Paulson got Florida State off to a fast start with an opening round 70, while Florida was led on Day 1 by a pair of 71's from Andrew Scalf and Jimmy Laurin. Florida State held a 3-stroke lead entering Day 2.

The Gators went even lower in Round 2, firing a 363, led by John Makarauskas' 70. Florida's highest score in Round 2 was a 75, collectively shaving 6-strokes off their Round 1 score.

The only problem? Florida State went even lower. Connor O'Shaughnessy shot 70, and the Seminoles took scores of 70, 72, 73, 73, 73 to the leaderboard for a 361 team score. The performance gave Florida State a 5-stroke victory, and momentum that allowed them to win the second regional tournament a few weeks later en route to a bid to Nationals.