12 Golf Phrases You Probably Don't Know (But Should) 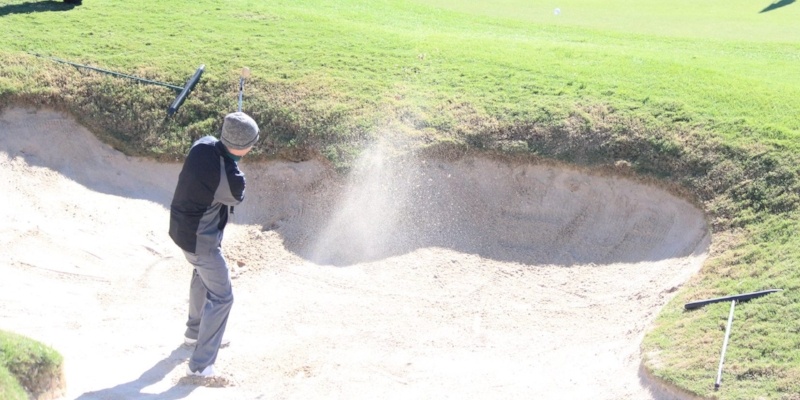 To an outside spectator, golf has a comprehensive set of specific jargon that could easily confuse someone who is new to the game (sometimes it's even confusing to veterans of the game). Whether you are just a beginner or a longtime player, here is a list of 12 golf phrases that you probably don't know but should. Write them down, and use them during your next round of golf to impress whomever you are playing with.

The old time British name for a double eagle, it can occur as a hole in one on a par four or a two on a par five or even in the rare case a 3 on a par 6.

Also known as the fringe, collar or frog hair, it refers to the bit of short grass between the green and rough.

When a ball gets hit hard into the sand bunker, it can be buried in the sand in a manner that resembles a fried egg. 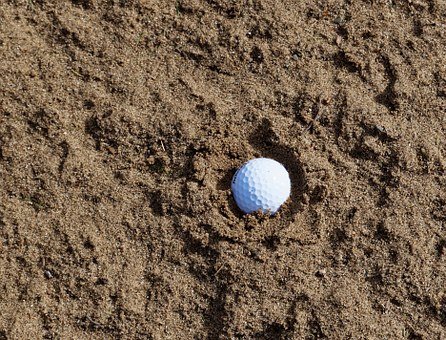 When electing to hit a high shot into the wind, the force of the wind can cause the ball to shoot upwards, like a baloon, significantly reducing the length of the shot

Believe it or not, a condor is not only a bird native to California, but it also refers to the ultra rare triple eagle. Only possible by attaining a hole-in-one on a par 5, there have been four cases of it occurring. This article from pga.com highlights the 4 stories about condors on the golf course.

A shorter course comprised mainly of par 3 and short par 4’s. If someone claims to have shot a really low score this weekend, ask them if they played an executive course! Better yet, ask them what mini golf course they were playing.

The part of the club face where the head meets the shaft, hitting it off the hosel has a similar stinging feeling to hitting a baseball in early April.  Sometimes you will hear commentators on tv talk about how a player hit a "hosel rocket". 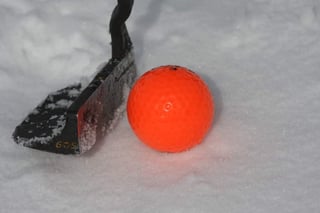 Due to less than ideal course conditions, winter rules allow you to play your ball “up” if you hit a shot in the fairway. This means you get to move your ball and clean it if there should be any mud or debris on the ball. Afterall, if you hit a good shot and the conditions are what penalize you, you deserve a preferred lie.

Used in tournament play, a shotgun start is when groups begin on one of the 18 holes (not necessarily the first) to ensure that all of the groups start and finish around the same time as each other.  There is actually a golf podcast called the "Shotgun Start" which tells fun golf stories on a weekly basis.

Referring to the center strip of the mowing pattern on the fairway, hitting an ideal tee shot is considered “striping it.”

Referring to the flat landscape of the Lone Star state, this is when the putter is used from off of the green. If you are not good at chipping the ball, using the texas wedge form off the green is a good alternative.

One of the worst terms to be associated with your golf game, the yips are the common name for being a nervous wreck as you stand over the ball, preparing to putt. It's a term that has been applied to even some of the best golfers in the world.

Hope you enjoyed this article on 12 golf phrases you probably dont know. If you have any unique golf terms we haven't listed, let us know! Reach out on Twitter (@nextgolfer) and give us the scoop.