My experience caddying on the LPGA Symetra Tour 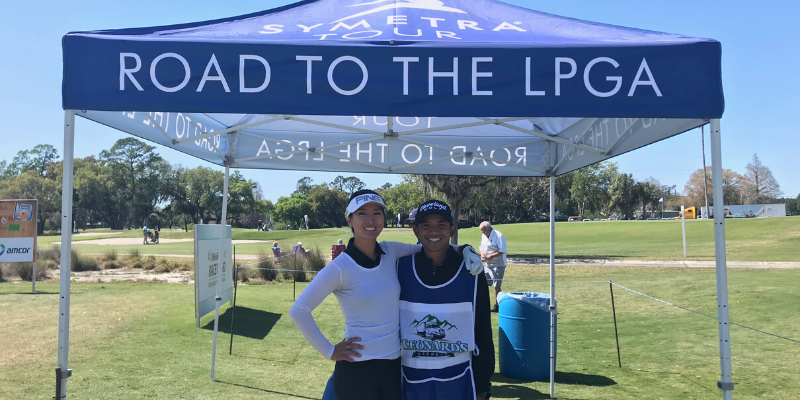 I’ve been quite lucky in the golf industry bouncing around from one position to the other experiencing different paths you can take as an up and coming golf professional, but this time is a little different. As a teaching pro that’s just starting out, let’s be honest, you’re not going to make money right away and you need to find another stream of income. I never thought caddying a tour player would be on the table for that chance.

Meet Jamie Huo, an up and coming tour player from the Seattle area that just started her rookie season on the LPGA Symetra Tour in 2020. We met through a mutual friend, decided to play golf together and became really good friends. Playing golf has just became a weekly thing for us now.

She asked me one day if I would maybe consider caddying for her at a tour event. It didn’t take me but a couple of seconds to say yes. I am going to shoot it to you straight, you don’t caddy at this level to make any form of a livable income. The purses are still not high enough where you can make a decent living, plus doing this full-time at the developmental level will still leave you with a lot of bills to pay. You caddy at this level because you believe in supporting a player that you see potential in, and you want to see that player do well. 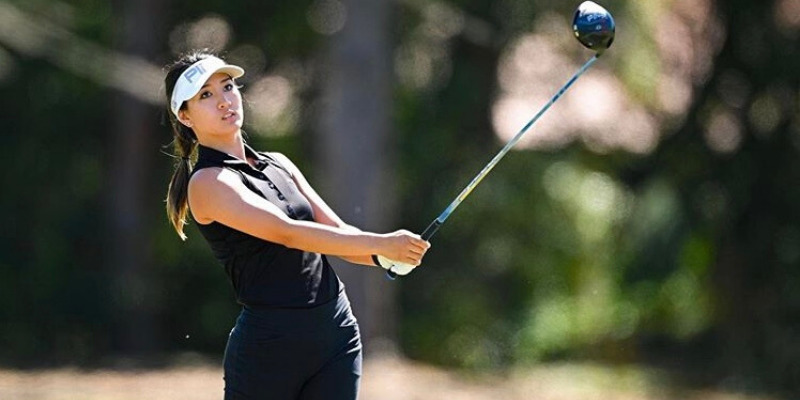 We decided to give this a test run at a couple of local mini tour events in the Orlando, FL area on the Eggland’s Best Tour. After a successful couple of trial runs, it was time to give it a real test on the Symetra Tour at the 2020 Florida’s Natural Charity Classic at the Country Club of Winter Haven.

That week we were both exposed to tour life as rookies in our own ways. As serious as everyone took that week, there always seemed to be support along the way, and that was quite refreshing. Practice rounds were played with players that we were friends back home, we had meals with the people that had our back the entire way, and those long talks we had late at night about the uncertainty of everything was tour life at its finest. One thing was for certain though, this week was definitely not about me, and it was definitely about her.

The week of the tournament, we faced the Florida winds at its finest. Winds the entire week were sustained around 20-25 MPH, gusting to almost 40 MPH depending on how close you were to the water. It was quite a show watching Jamie play because I knew how tough she was, but I didn’t expect her to be dancing around the cut line the entire way through, until the 18th hole of Round 2.

With a slick 7-foot downhill putt with 30 mph winds with temperature in the 50s and darkness looming, she needed to make this putt to make the cut on the number. I whispered my last piece of advice for the day, she stepped to the putt, and made it calmly to make her 1st cut on her 1st start, and you couldn’t have written a better script if you tried.

That putt will be one her and I will never forget, and now we move forward. With the corona virus affecting the tour schedule, we’re not entirely sure when golf will start up again, but I am certain she will be ready. I got asked by multiple strangers what was that last piece of advice I gave her when she stepped up and made that putt. I told them, that’ll be a secret until she wins her 1st , which will definitely be coming soon.